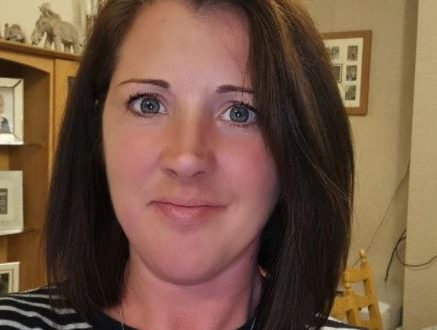 The mother of a Holbeach teenager killed on a building site has spoken of her ‘life sentence’ after a trial relating to his death ended this week.

During the four years since 18-year-old Josh Disdel died, his mum has battled health problems including a ‘mini-stroke’ brought on by the stress of the case.

Fiona-Jane Lobley collapsed in Lincoln Crown Court during the first week of a trial which saw one South Holland company and two individuals convicted of breaching health and safety laws.

She later recovered and sat alone in the courtroom listening to the details of the case – but has never received condolences or an apology from anyone at the companies involved.

Josh died after he was hit by a van driven by a colleague while working in a manhole on the White Bridges site in Boston in July 2018.

He had been just a few weeks into the job when he was killed. His mum spoke to him twice on the phone immediately afterwards and he asked if he was going to die.

Josh was transferred to hospital in Nottingham and died on the same day.

It took almost four years to come to court and in that time Ms Lobley (39) speaking after the case, said she had received little or no support from any agency.

“When it first happened I had a police family officer for about a week, then they disappeared and I never saw them again,” she said.

Ms Lobley, of Brant Broughton, suffered a Transient Ischaemic Attack (TIA) known as a mini-stroke, four months ago and it was caused by stress, she said.

Once the Health and Safety Executive took up the case she had contact with a staff member working on it, but no support and she had to repeatedly ask for updates.

“I have been completely on my own the whole time. There has been no support, nothing from the court, no information. It has been a huge battle.

“At least we now have justice for Josh, it felt like nobody cared,” she said.

“I had to carry on, Josh isn’t here to speak for himself so I had to do it for him. It’s a life sentence for me – I am still angry at the lack of support.”

Ms Lobley spoke to the Voice last year when she was told the trial would take another year to get to court.

Waiting four years for a trial relating to the death of her son was ‘so wrong’, she said, and she was struggling to come to terms it.

“There was no liaison, no help, nothing. I wasn’t kept up to date, it’s been disgusting that I have had no-one to go to about the case.

“I have had counselling, but it’s the lack of information that has been hard. He was my son, but that didn’t seem to count,” she added.

There was a short flurry of activity when the Voice published her story last June, but that didn’t last long.

The trial lasted more than four weeks and resulted in the convictions of one construction companies and two managers on Monday.

But the sentencing has been adjourned to a later date – so the waiting is still not over for Ms Lobley.

“Any fines paid by the companies will go to the Health and Safety Executive, not me. But it’s not about money and never has been. Josh deserved justice and I just hope it’s completely served by the judge. They did not take responsibility

“I am still in shock and it will take time to come to terms with everything.