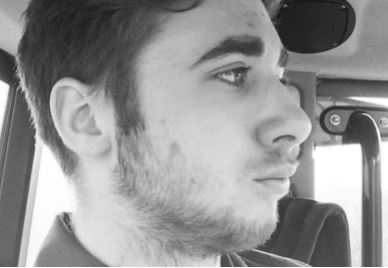 Two construction managers and a building contractors were today (Monday) found guilty of breaching health and safety following the death of a teenage groundworker after a collision on a new Boston housing estate.

Josh Disdel 18, from Holbeach, was working in a manhole at the White Bridges site off St Thomas Drive, in Boston, when he was hit by a van being driven by a work colleague on the morning of Friday, July 13, 2018.

The teenager, who was just a few weeks into his job, was driven to Boston Pilgrim Hospital but died later the same day after being transferred to the Queen’s Medical Centre in Nottingham.

Two individuals and one company have been standing trial at Lincoln Crown Court accused of health and safety at work breaches after a prosecution was brought by the Health and Safety Executive.

Brent Woods, who was a construction manager for P&R Plant Hire (Lincolnshire) Ltd, who employed Mr Disdel, denied a charge of failing to take reasonable care to ensure his  health and safety.

The jury found him guilty of the charge by a 10-2 majority verdict.

Mr Woods was interviewed about his role in the incident but chose not to give evidence during the trial.

D. Brown (Building Contractors) Ltd, who were the main contractors on the housing estate project, denied failing to ensure the health and safety of a person other than an employee.

They were found guilty of the offence by a unanimous verdict.

Darrell Tripp, who was site manager for D. Brown on the White Bridges project, denied failing to take reasonable care to ensure the health and safety of others.

Mr Tripp was also found guilty of the offence by a unanimous verdict.

The prosecution alleged Mr Disdel did not receive an induction for the job he was doing on the day of the incident, but had received an induction on another D.Brown site six weeks earlier.

A second company has admitted breaching health and safety.

P&R Plant Hire (Lincolnshire) Ltd, who employed Mr Disdel and were groundworking sub-contractors on the housing estate project, pleaded guilty at an earlier hearing to failing to ensure the health and safety at work of one its employees.

Craig Hassall QC, prosecuting for the Health and Safety Executive, had told the jury Mr Disdel had been picked up by a colleague and taken to White Bridges where they were  tasked to lift up manhole covers on the new estate to clean the drains.

The jury heard work on three manholes was completed and Mr Disdel was lying with his body half way into a fourth manhole when their van was moved so another vehicle could use the road.

Mr Disdel, who was still working in the manhole, was trapped in the collision, Mr Hasall told the jury.

The prosecution alleged that procedures put in place by all of the companies had been abandoned by the time Mr Disdel carried out the job.

“The abandonment of those procedures cost Josh Disdel his life,” Mr Hassall said.

After taking the verdicts Judge Catarina Sjolin Knight told the jury sentence would be adjourned to a further date to fixed.

Judge Sjolin Knight told them: “There is another defendant. (P&R) This is not a simple sentencing exercise.”

She said afterwards: “It has been a long fight for justice for Josh which has taken four years.”