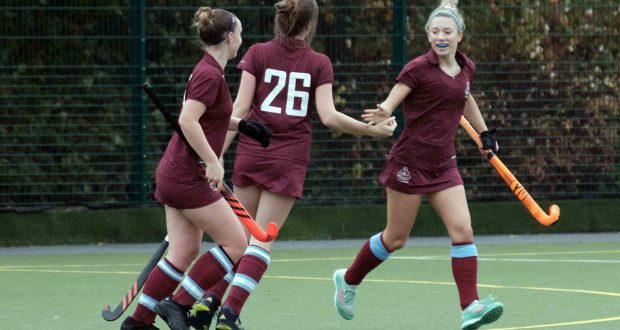 Charlotte Maplethorpe was the star of the show with five of the goals in a 7-0 demolition at Glen Park, with Madeline Haunch and Evie Maltby rounding off the rout.

The dynamic duo of Maltby and Maplethorpe offered a masterclass in attack, supported by tireless running by Jess Ball.

Some great transfers around the defence by Mia Dewing and Sally Pilgrim, as well as fine building play between captain Karen Timby and Claire Hindmarsh allowed wave after wave of attack, while Ellie Holland demonstrated her skills to upgrade quick breaks to several short corners.

In the same division, Long Sutton 1st enjoyed a 2-0 victory over Cambridge City 4th in a game played at March.

Sutton bossed the first half but had to wait until the closing stages to take the lead. Katie Collingwood-Smith won the ball wide on the left and played it to Amber Jones.

She worked her way quickly into the D before playing the ball back to Jo Bland, who unselfishly laid the ball off for Connie Gittins to slap the it into the roof of the net.

The clincher came late in the second half when Gemma Parr fed Gittins, who raced from her own half, beat her marker and entered the D.

She waited for the keeper to commit herself and then lifted the ball into the right-hand side of the goal.

Down in Division 3NW, Spalding Poachers 2nd slipped to a 1-0 loss at Horncastle 1st.