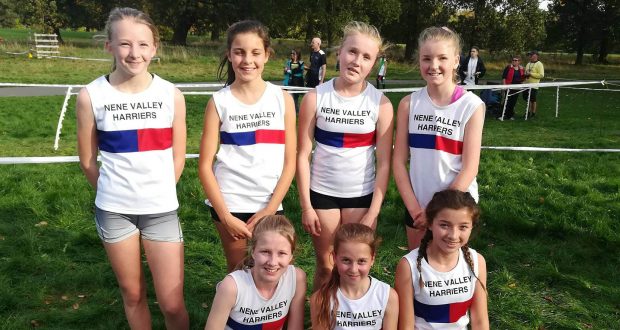 The under-13 girls got the new season off to a flying start on an unseasonably warm day, seeing off some quality opposition to finish top of the pile.

Lottie Hemmings led the fledgling Harriers home, finishing the 3km race in fifth position with a time of 10.49mins. Chelsea Bole placed seventh and Amelia Devine was just behind in ninth, as

The under-17 girls placed fifth with Ellie Piccaver and Amber Park running strongly for ninth and tenth positions.

There were also strong runs from Emma Randle and Sophie Wilkinson-Hargate’s, with the Harriers team finishing tenth.

The men were not to outdone, and the under-13s and under-17s both finished third. Jacob Bush was 11th for the under-13s, while Alex Roberts and Freddie House both made the top 20.

The highly-promising Aaron Hunt came home as seventh under-17, ahead of Matt Dowling and Archie Rainbow who placed 16th and 21st respectively.

Felix Bowling was the first under-11 Harrier across the line in 19th, as his team came seventh. The under-15 boys took fifth place, with Owen Wilkinson in 11th.

Peterborough AC finished an excellent fourth, well ahead of Nene Valley who were 16th.

Sean Beard, who is now 51, provided one of the day’s highlights as he rolled back the years finishing 37th and first over-50 in a field of 283.