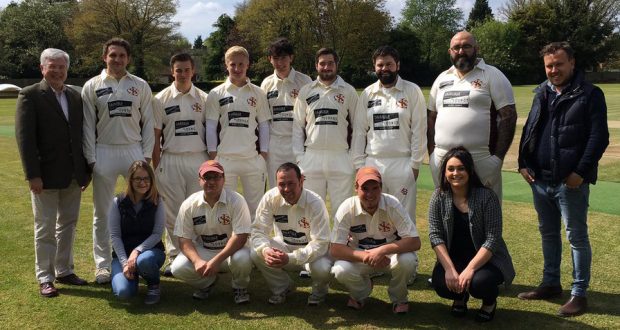 A superb unbeaten 98 from Dan Oldfield couldn’t stop Long Sutton slipping to their first South Lincs and Border League Division One defeat of the season on Saturday.

Sutton held visitors and chief title rivals Welby Cavaliers to 177-9 at Paradise Field on Saturday, but then fell 17 runs shy in reply as they were dismissed for 160 in 42 overs.

Wilkin aside, Sutton did get rid of the rest relatively cheaply. Fast bowler Barry Stanway (4-39) continued his fine form, with three of his four victims being clean bowled.

Matt Bull (2-35) and Aaron John (1-39) were the other wicket takers, but Sutton were left frustrated by Wilkin and number 11 Bhavyen Shah (2 not out) as they missed out on maximum bowling points.

Sutton’s reply couldn’t have started any worse, with openers Adam Wright (0) and Chris Booth (4) soon back in the pavilion.

Number three Oldfield shored things up, but wickets tumbled around him as Jamie Taylor (0) and John (6) both fell to Shah (4-18).

Skipper Phil Barnes (17) kept Oldfield company for a while, but Sutton looked in trouble when Shah trapped him LBW.

From then it was really down to Oldfield, who edged towards a century with various partners.

However, Stanway (0), Jordan Keeble (6), Bull (6), Stef Fox (5) and finally Steven Milnes (0) couldn’t hang around long enough for Sutton to reach their target – and left Oldfield marooned two runs shy of a ton at the other end.

Despite the defeat, Sutton still picked up seven match points from the game and remain top of the table.

But second-placed Welby, who have a game in hand, have now cut their lead to 13 points.

Sutton are in SLBL Cup action at Graves Park this Saturday (1pm).

Sutton 2nd were awarded maximum points for their trip to Division Two basement boys Grantham 3rd, who conceded the clash.

Like the first team, Sutton’s second string are in SLBL Cup action on Saturday as they host Skegness 2nd (1pm).