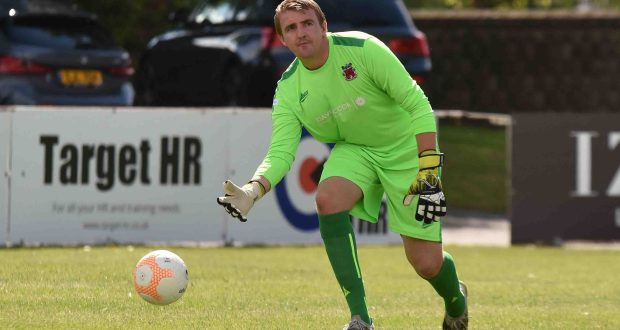 Hot on the heels of a 7-0 beating at Long Eaton United, the Knights slumped to a 6-0 defeat at Eastwood on Saturday.

“It’s hard for me to describe how I’m feeling,” said Thorogood. “It feels like we’re stuck in a bit of a rut.

“Firstly, you have to hold your hands up when you’re beaten by a better team.

“Eastwood were effective. They did the basics well, got the ball from front to back quickly and their front three were very direct.

“We were a bit naïve to their tactics and didn’t really step up to the challenge.

“I’m most disappointed by the fact we looked beaten as soon as the first two goals went in. You could see from the touchline that it was going to be another heavy loss.

“We resigned ourselves to defeat and there was a total lack of confidence. The lads looked shell-shocked and we were clearly second best on the day.

“I don’t want to be overly critical of any individuals, but quite a few of them didn’t perform as expected – we need everybody performing at their best in games like this.

“We need to have a rethink and stop this rot after what was an otherwise pretty decent start to the season from us.”