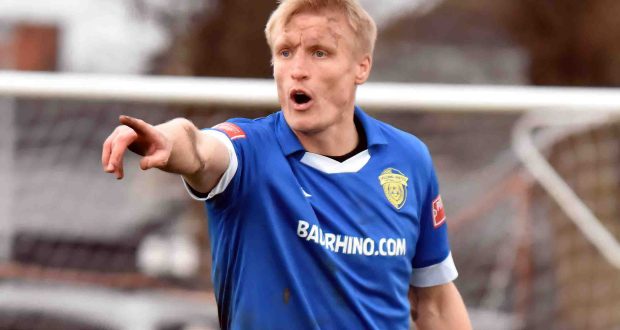 Spalding United stalwart Nathan Stainfield has been named in the Pitching In NPL Midlands Division team of the season.

The central defender was picked in a 16-man squad that was chosen by managers across the league.

It’s another boost for Stainfield, who walked away with three awards at the Tulips’ end of season bash.