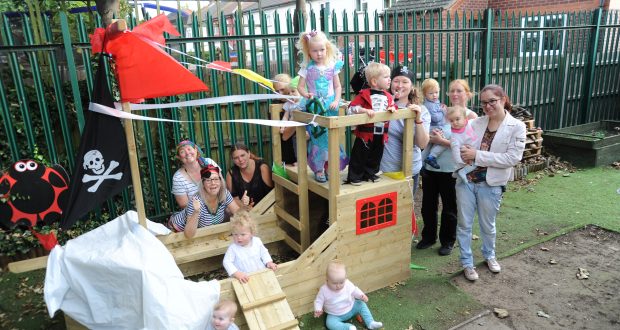 The Friends of the Spalding Children’s Centre has purchased the new outdoor play activity after several fund-raising events.

It was officially unveiled and is to be named HMS Gail after Gail Tolson who is leaving after five years working at the Bank’s Avenue centre.

Donna Cooper, the chair of the friends and who cut the ribbon, said: “We run the fundraising to help provide equipment such as the pirate ship and a microwave, as well as experiences, for all the children.”

The centre’s Carla Bowyer said: “The group does an amazing job. I can’t thank them enough as they make the job here so much more accessible.”

The friends’ next events are a sponsored walk around Ayscoughfee Hall at 12.30pm on October 24 and its followed by a brunch with Santa on December 8.