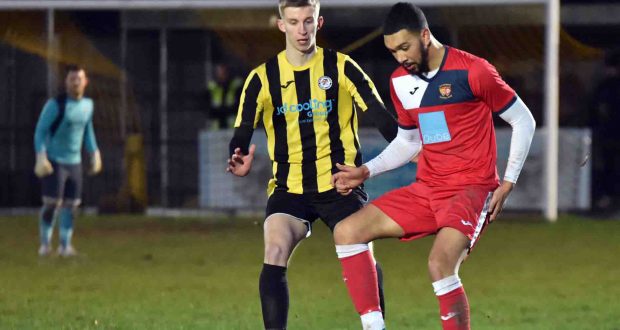 OFF: Jack Withers was sent off at Shepshed. Photo by JAKE WHITELEY

Both Holbeach United and Pinchbeck United suffered defeats in the Uhlsport UCL Premier Division on Saturday to hit their hopes at opposite ends of the table.

In a lively opening at Butthole Lane, Reece Morriss (9) fired Shepshed ahead, only for Danny Setchell to restore parity soon after the re-start.

Matt Melbourne (34) put Dynamo back ahead before the break and, following a red card to Holbeach’s Jack Withers (58, two yellows), the hosts turned the screw with further strikes from Morriss (61) and Melbourne (67).

The defeat sees the fifth-placed Tigers fall ten points behind leaders Quorn ahead of their Carter’s Park clash on Wednesday (7.45pm).

Pinchbeck, meanwhile, looked to be on track for a rare win when Pat Kacirek (22) drilled them ahead at the Sir Halley Stewart Playing Field.

But Cogenhoe hit back through the dangerous Ceepy Logongo, who rifled home from the edge of the box on 33 minutes.

They then sealed the victory when Nathanial Ansu benefitted from a ricochet to lash home on the hour.

The loss leaves the Knights two points behind Sleaford Town in the race to avoid the sole relegation spot.

Pinchbeck are back in action on Tuesday when they visit Shepshed (7.45pm).

Spalding United were without a game and stay 15th in BetVictor NPL South East Division after Saturday’s results. They host Chasetown on Tuesday (7.45pm).

In the ChromaSport PDFL, Moulton Harrox were 4-2 winners at Farcet United in the League Cup.

Holbeach United Reserves beat Polonia 1-0 in the Premier Division, but Tydd went down 8-0 at home against Thorney.

In Division One, leaders Crowland Town continued their impressive form with a 6-0 romp at Peterborough Northern Star Reserves.

More football in Thursday’s paper and online here throughout the week. 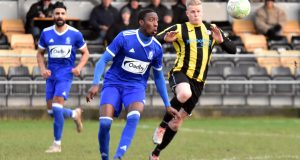 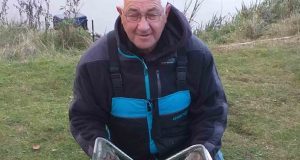