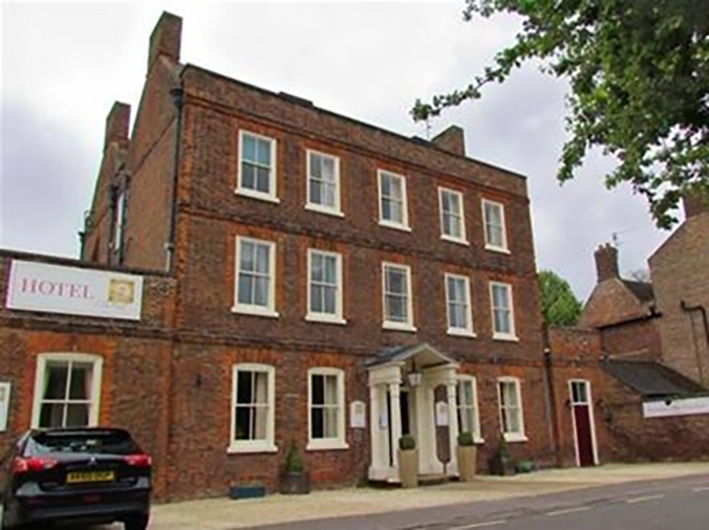 A prison inmate spent time in a Spalding hotel with his wife while he was meant to be serving a jail sentence at North Sea Camp, a court has heard.

Douglas Ward was serving a 64-month sentence when he left the jail and travelled to Spalding for meetings with his wife.

He booked into the Cley Hall Hotel under his own name and handed over his credit card details to pay for an executive room. But hotel staff later became suspicious and when they carried out checks on Ward they discovered he had posted on Facebook that he was resident at a prison.

The authorities were contacted and made the decision to move Ward, who was then back at North Sea Camp,  to a secure jail. He was placed in a holding area to await transport but forced his way out and fled from the jail. He was pursued and recaptured a short distance away.

Michael Cranmer-Brown, prosecuting, told Lincoln Crown Court: “At North Sea Camp there are rolls calls at 5am, 5pm, 8pm and midnight. He was able to evade these checks. It is not entirely clear whether he returned or he just wasn’t checked.

“On 30 August this defendant telephoned the hotel and made a booking for a room. He wanted the room that night. He said he wanted one of the executive rooms.

“He gave his own name and provided credit card details. He didn’t arrive until 6pm. He was in the company of a female and he gave an address in Darlington.”

Mr Cranmer-Brown said that Ward’s wife used the name Ellen Thompson when she checked in. He added that the following morning Ms Thompson told staff that her husband had been injured when a chair collapsed underneath him while he was working at a desk.

She claimed he had gone to hospital for treatment and was excused payment for the room after saying her husband had spent the night in hospital and had not slept in the hotel. Ward later appeared at the hotel wearing a bandage on his leg.

Subsequent investigations by the hotel management, who feared a compensation claim, revealed that Ward had posted on Facebook that he was living at HMP Strangeways.

Mr Cranmer-Brown said: “Someone had asked if he was out to which he replied that he was only out for the day.”

Hotel staff later attempted to use the credit card details to obtain payment for the room but the transaction did not go through.

Ward (26), originally from Darlington, admitted three charges of escaping from prison on 30 August, 31 August and 8 September. He also admitted damaging a cell door.

He was jailed for 15 months to run concurrently with the 64-month sentence he was originally given at Bolton Crown Court in 2011 when he was convicted of a firearms offence.

Recorder Paul Mann QC, passing sentence, told him: “There are serious aspects to this case. Your actions had the potential to undermine prison discipline at that prison and your behaviour has the effect of undermining public confidence in the prison service.”

John Wilford, defending, said Ward had been a “model prisoner” but became frustrated when his planned release date was put back.

“He was frustrated because he had not had a lot of contact with his wife and five-year-old child. That was why he came to leave the prison. It was not very sophisticated but it was a breach of the trust placed on him in open conditions.”