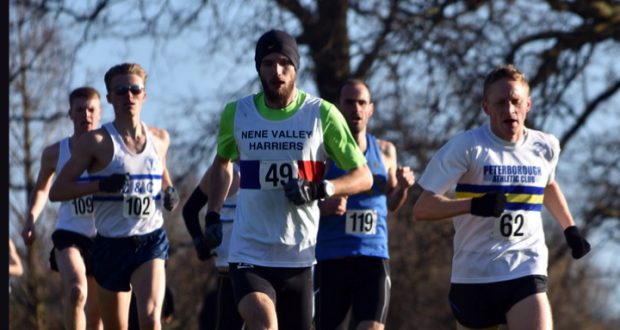 A record 453 runners took to the starting line at Ferry Meadows last Wednesday for the first race of the 2019 Peterborough Grand Prix series.

The top turnout produced an exciting race and Peterborough AC’s Shaun Walton came out on top, running a new personal best (PB) to win in a time of 15.45mins.

A confident Walton led from the gun and slowly inched away from his pursuers to finish 50 yards clear.

Nene Valley teenager Dylan Tomasseli finished 17th and was second under-20 in 17.09mins.

The ladies’ honours went to Higham Harrier Rachel Doherty, who won in 17.55mins.

The Nene Valley girls had a good day and were led home by Ella Robinson, who finished third in 19.25mins.

The top ten was packed with locals and Peterborough AC’s Daniella Hart finished fifth in 19.45mins, dipping under 20 minutes for the first time.

Aedan Lydon of Huntingdon-based Riverside Runners finished as runner-up with a 10.28mins clocking, while Nene Valley’s Edward Lindsell was edged into third just one second further back.

There was a strong local presence in Walthamstow for the British Athletics Association 10,000m Championship last Friday.

She said: “It was my first half-marathon for well over a year and first since the operation on my Achilles.

“I ran with a smile on my face, and I’m happy to be back! Not the fastest I’ve run but enough to get me onto a podium.”