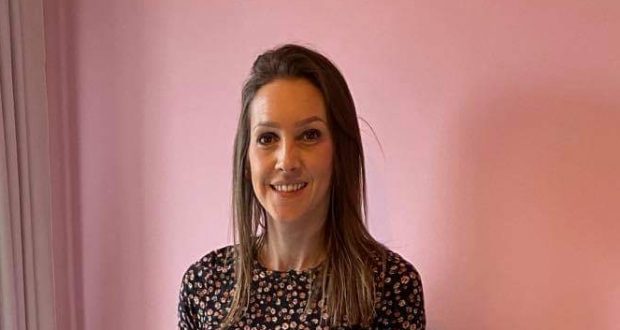 Sarah Phoenix, who set up the Holbeach Heroes COVID Bank.

A South Holland community group is bracing itself for a summer of pleas for help as the rocketing cost of living hits parents hard.

The Holbeach Heros are already seeing a rising number of people who are struggling to cope with huge increases in energy and fuel costs along with rising inflation.
Just this week the group stepped in and helped a family who had a child celebrating a birthday – but had no money for anything, including gifts.
Another parent contacted the group when a child was suffering from chicken pox, but the doctor didn’t prescribe anything and she couldn’t afford to get over the counter medicines from the pharmacy.
Members of the group rallied and ensured both families were helped within the day.
But the situation is going to get worse over the long summer holiday as parents are already forgoing meals so their children can eat.
“They just can’t cope over the summer with lunches and snacks while the children are at home. We are hearing from people now who are really struggling to pay for food as it is,” said the group founder Sarah Phoenix.
“We are seeing more people come to us asking for absolute basics because they can’t afford it,” she added.
The Holbeach Heros was started in the pandemic and offered an online service helping the community when people were in lockdown.
Since then it has been helping everyone from those needing baby goods to others needing help after fleeing domestic violence.
Numbers are continuing to grow and there is no end in sight as the cost of living continues to rapidly rise.
The Facebook-based group has been helping with furniture, clothing, toiletries – whatever is needed by those finding themselves in an emergency.
“I can’t believe that everybody has been so brilliant. People have been really generous and we help whenever we can. But the school holidays are coming up and there will be families who cannot feed their children. It is just awful,” said Sarah, who also paid tribute to Jess Glue who has helped with the group since it was launched.
Members of the Facebook page have rallied to provide everything from a washing machine to a cot.
One mum posted that her four-year-old boy had filled a carrier bag of toys that he wanted to donate and help other children.
Another said she was in tears when the Holbeach Heros stepped in to provide help with a birthday appeal.
Among the donations was a card written by a seven-year-old boy.
“This is just overwhelming. All the things that you as a community have donated for the birthday. Thank you won’t even come close, you have all made one mum so grateful she cried,” said Jess in a post on the Facebook page.
While the Heros brace themselves for a summer of hard work, Sarah said something has to change to help people as even working parents were struggling.
“I was a single parent and I have been in a situation where there is no food. There is nowhere to go which will help in such a practical way on the day,” said Sarah.
She warned that things were only going to get worse when the schools break-up for the summer.
And Holbeach resident Daphne Pearson is campaigning to help reduce the cost of living for everyone.
She is furious that VAT has to be paid on all toiletries and cleaning products.
“I don’t think toothpaste, toilet roll and bleach are a luxury,” said the 83-year-old.
“Why are we paying yet more tax on basic items when everything is so expensive?” she added.
Mrs Pearson said she would contact MP Sir John Hayes and start lobbying to have the tax removed to help people during a difficult time.