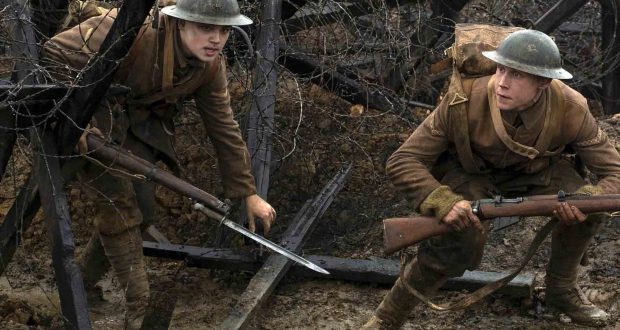 MEN ON A MISSION: Dean-Charles Chapman (left) and George MacKay as Blake and Schofield in 1917.

Every now and then, a film comes along at the cinema that manages to grab your full attention from its very first moment.

Sam Mendes’ 1917, a story set in the grim setting of World War One, achieves that goal by presenting the brilliant illusion of a one-shot film – and 100 per cent immersion is guaranteed.

Casting two young and lesser-known actors in the main two roles works well here, as Dean-Charles Chapman (Lance Corporal Blake) and George MacKay (Lance Corporal Schofield) perfectly portray each ordinary man that was forced to pick up arms during one of the human race’s darkest times.

The plot here is a simple one, with Blake and Schofield given the hugely important mission of delivering vital orders to another unit a small number of miles away from their current location.

With communications down, the pair are forced to cross the front line and waltz into territory that was long held by the German forces, before making their way to their destination.

It may not sound too groundbreaking, but the orders could save thousands of lives if delivered on time. What is groundbreaking is the way the audience follows their progress on the big screen.

Short of putting you on location with the duo, it’s as immersive an experience as you can imagine at the cinema.

Every step is treacherous and each movement potentially their last, ensuring you’ll live every second of the near two-hour running time.

But cameos from Andrew Scott, Mark Strong and Richard Madden are perhaps more meaningful, as you get a glimpse of the kind of characters that would have inhabited such dire scenarios.

Scott, in particular, was haunting as a seemingly broken man stationed right by the front line.

There are a few gripes along the way; most notably in the immediate aftermath of one of the film’s biggest moments when a huge unit of British soldiers seemingly appear out of thin air.

It’s also clear that fast travel is very much unlocked on the duo’s journey, with way too much ground covered in a seemingly short period of time.
But they are very minor complaints, as 1917 is a beautifully imagined war film that stands up against anything else in the genre.

It gripped me from start to finish and managed not to glorify war in a way many other films seem to enjoy.

With amazing visuals, incredible camera work and very real performances from the impressive cast, this is a cinematic experience that you should savour. 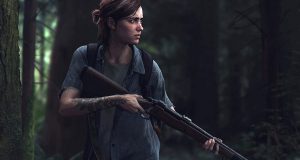 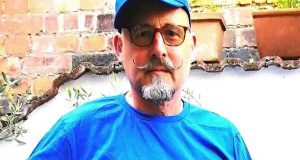