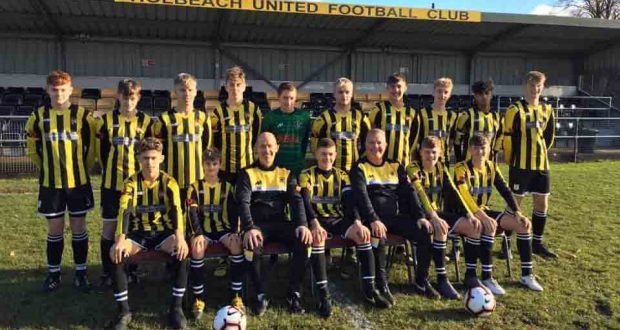 Holbeach United under-18s produced a sensational showing in their first-ever game in the FA Youth Cup on Monday night.

The young Tigers romped to an 8-0 win over Harborough Town under-18s in the Preliminary Round at Carter’s Park.

Talented young striker James Clark helped himself to a hat-trick, a feat matched by team-mate Charlie Parks in the one-sided showdown.

Harvey Wirkowski and Luke Scampion also got in on the act for Stuart Clark’s side, who will face either Grantham Town or Dunkirk in the next round.

Clark said: “Entering for the first time, I wasn’t sure what to expect. But we went out there and were 4-0 up inside 25 minutes.

“The lads were excellent and carried the same attitude into the second half.

“I’ve told the lads we’re four rounds from getting a big club, which is the aim.

“We had a real dissappointment at the end of last season with things ending early and missing out on a final, so this was a great boost for us.”