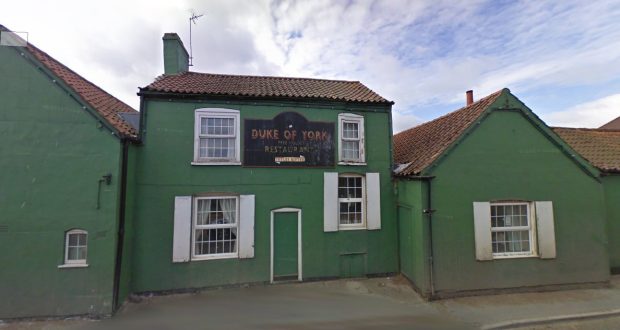 The Duke of York at Gosberton Risegate as seen on Google Street View.

A decision on whether to turn a village pub and replace it with housing has been deferred to allow the applicant to get more financial information together.

An outline application has been submitted to turn The Duke of York in Gosberton Risegate into four homes.

Planning officers at South Holland District Council recommended the plan be rejected stating: “The proposed development would result in the demolition of a building that can be considered a Non-Designated Heritage Asset” and that “no marketing exercise has been undertaken to demonstrate that no individual would be willing to purchase the business.”

Lucy Stevens, the daughter of the applicant said it had been a family home for 26-years and will have been closed “for two-years next October” leading to “a state of disrepair”

“To stay afloat in the last five-years of trading, personal funds have been put in to pay the bills,” she told last night’s (Wednesday) Planning Committee meeting. “We didn’t take a wage.

“It’s now in such disrepair it’s not valid to run it as a public house.

“Recent fuel increases will make it impossible to survive the current climate, that’s before you look at costing the purchase of food and stock.

“We’ve given careful consideration to them. It’s not about profit. It’s about a small amount of housing in keeping with the village.”

Gosberton Parish Council were among those who objected to the proposal, but several councillors spoke out in favour of it.

Coun Jane King said: “I know what it’s like living in a village with a decaying pub for years.

“This one is already looking a bit worse for wear. I know it’s a historic building but what can we do with them.

“We’d just let them sit there and they’d fall apart.”

Coun Roger Gambba-Jones said: “There’s clear guidance out there that if you have something called a pub, because we need to safeguard these assets, there’s guidance been put in place to do that following community pressure.

“The possibly unintended consequence of that is you now need to demonstrate it’s not viable.

“The officers can be sympathetic but they have to stick to the rules.”

The item was deferred to a future meeting pending further financial information from the applicant.