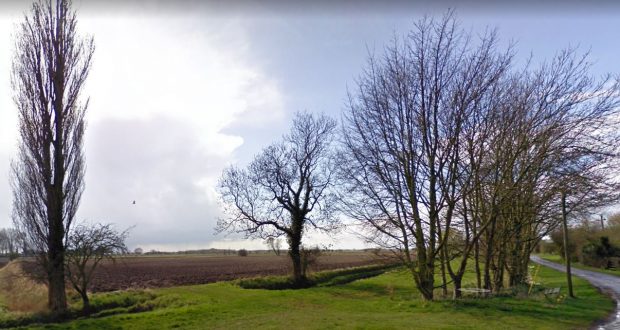 The site off Gubbole's Drove as seen on Google Street View.

A decision on a woman’s bid to build a dog training centre between Gosberton, Surfleet and Pinchbeck has been deferred amid an issue over land ownership.

Atomic Dog Training previously had an application refused by planning officers for the site off Gubbole’s Drove but a smaller resubmitted application had been recommended to be granted permission.

However last week South Holland District Council’s Planning Committee deferred a decision and is to look for more information, particularly with regards to a claim by Coun Rodney Grocock that the access to the site was owned by Gosberton Parish Council and they would be refusing the company and owner Hayley Laches permission to use it.

This would lead to users parking on the side of the road, something Highways had not considered for its response, many councillors argued.

Among the objections were 22 from members of the public five from councillors, one from South Holland and the Deepings MP Sir John Hayes, both Gosberton and Surfleet parish councils and the district council’s environmental officer who said in the report to councillors: “I remain concerned over the potential impact of dog barking on the properties in the surrounding area.”

Speaking in opposition, neighbour Claire Leworthy branded the plans “vague” and referencing permitted events held on the site last summer, said: “As well as the noise from the traffic we were subject to 10 hours a day of shouting from the trainer and barking from dogs.

“It was the shouting more than the barking that was disruptive,” she said.

There were 15 letters in support of the application.

Mrs Laches, told the meeting: “We’ve massively reduced our application from the first time around after concerns were raised. I’ve been working with and speaking to the different local councils and we’ve completely removed caravans and motorhomes from the application.

“We’ve changed from two large training areas to one small area with astro-turf.

“I compete in many dog sports around the UK and I compete for England at the paragility world championships every year, returning from the last one with both gold and bronze medals.

“When I’m not competing I teach others. Very specifically I make dog sports accessible to people who are unable to run around with their dogs like able bodied people.

“If there was a lot of barking, handlers wouldn’t be able to communicate, so barking is an absolute minimum.”

The application will now be decided at a later date.