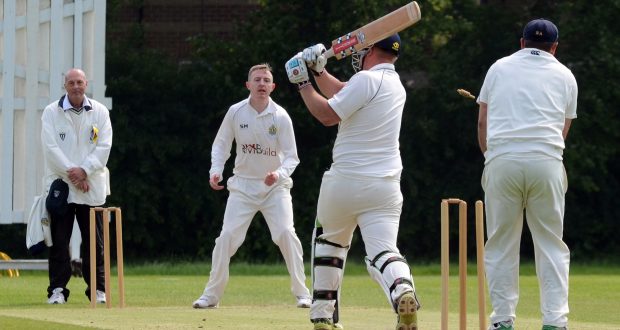 The 20-point haul surpassed the 14 Spalding needed to seal top spot with a game to spare – and ensures that they will be playing Lincs ECB Premier Division cricket again next season.

After winning the toss and electing to bat first, Sutton were unable to post a defendable total.

But they lost wickets at regular intervals, thanks to Miles’ five-fer, 3-43 from Brandon Andrews and 2-21 from Joe Broomfield.

In reply, Town never really looked like messing up their run chase despite a rough start. Warren Nel was bowled for just two by Oldfield (2-28), before the same player had Spalding skipper Josh Newton (8) caught by Luke Barnes.

Manton and Miles weren’t in the mood for getting out, though, as both carried their bat for the rest of the innings.

Star man Miles followed up his heroics with the ball by passing 50, while Manton kept him company until the close.

Champions Spalding conclude their campaign at Grantham 2nd this Saturday (1pm), while Sutton finish with a home date against Skegness (also 1pm).

Mike Kearns Snr (20) and Steven Rushworth (10) were the only Harrox men to reach double figures as they were knocked over for 58 in reply, with Hodgson taking all but one of the wickets.

Jamie Juckes (30) and Harry Decamps (29) also did well with the bat for Town in their season finale, while Matt Sharpe (3-39) impressed with the ball.

Also scoring well down the order for Claypole was Dan Sullivan (32 not out), while Josh Baker (3-67) performed admirably with the ball for Sutton 2nd.

In reply, Sutton 2nd did manage to bat out all of their 40 overs.