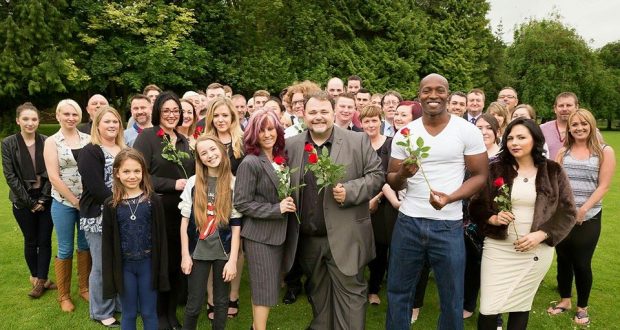 Cast and crew ready for Forever Your Rose

The cast is assembled, the script is ready and the crew is poised for South Holland’s second feature film.

After the success of action thriller Dishonoured earlier this year, Holbeach Film Company is now working on a romantic comedy entitled Forever Your Rose.
Within the last couple of weeks the cast and crew have got together for a script read-through ahead of the start of filming.
Steph Genovese, who is behind Holbeach Film Company, said: “It was a great day.
“All key members of the cast were finally introduced to each other as well as to their characters and the surprise on their faces was just spectacular when the ending of the movie was revealed.
“I want this very British romantic comedy to have people experiencing every emotion from laughing, cringing, crying to moments that we’ve all been in and can really relate to – we feel this movie delivers it all.
“It has been so much fun seeing the new cast and crew finally get started on the movie and the sets have been buzzing as we roll the cameras.”
Filming has been taking place around Spalding, Holbeach, King’s Lynn and Hunstanton – and will move to Long Sutton on July 31 when a “secret” celebrity guest will be making a cameo appearance.
Forever Your Rose is looking for a hair stylist to get on board, as well as an official sponsor.
Anyone interested can contact Steph on 07919 400234.