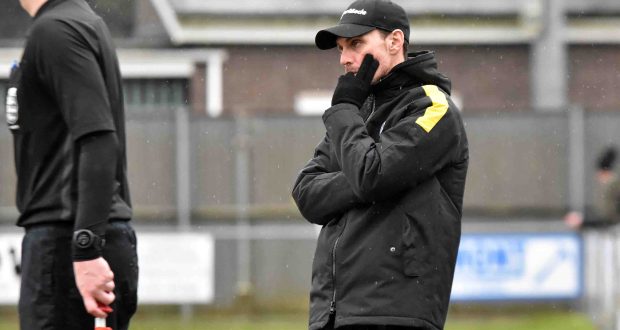 Danny Clifton admits that he can finally feel the positivity flowing at Holbeach United after his players reported for pre-season training on Saturday.

After the nightmare of last season’s relegation from the Uhlsport UCL Premier Division North, Tigers boss Clifton survived a post-campaign vote of confidence from the powers that be at Carter’s Park and is now intent on bringing the good times back to the club.

With Simon Roberts brought in to share the managerial duties with him, Clifton feels the club have made great progress over the summer.

That was highlighted by a huge turnout of 28 players aged from 16-35 at training on Saturday, with 20 more expected to have been put through their paces last night (Wednesday).

And Clifton admits that he feels like his job as boss is just getting started as they prepare for life in the new surroundings of the Thurlow Nunn Eastern Counties League Division One North.

“Everything feels very positive,” he said. “To have nearly 50 players trying out in our first week back is really encouraging.

“Last season was difficult and the club did vote on if I should stay or not, but it was really encouraging to have 15 of the 16 who voted backing me. I also understand why the one didn’t vote for me and respect his view.

“It feels like my job as manager starts now. We’ve shuffled things up and the Reserves are essentially an under-23 side now. We also have an under-18s, so that pathway to the first team that I wanted is there for the youngsters here.

“The club is also engaging more on social media at the request of the fans.

“Everything feels very fresh and encouraging, which is great.

“I know we’re moving away from traditional rivals and into another league, but we’re all looking forward to it and can’t wait to get the season started.”

Their first friendly is at Bourne Town on July 9 (3pm).