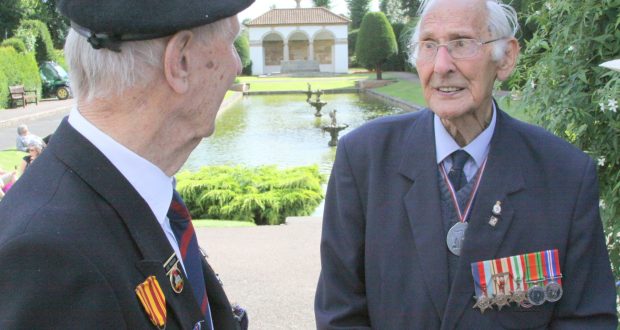 Record crowds were in Spalding over the weekend when the clock was turned back to the wartime years.

It was the era of ration books, Lindy Hops and the dreaded Doodlebugs.
But visitors were In the Mood when they dressed in their finest for the occasion.
The 1940s event held at Ayscoughfee Hall saw around 10,000 people enjoy the sunshine over two days.
There were also historic flypasts from the Battle of Britain Memorial Flight. A Spitfire graced the skies on Saturday and the unmistakable sound of a Lancaster filled the air on Sunday when the giant bomber (pictured above) flew over the town.
“The weekend was another spectacular success, attracting many people from all over the district and even further afield.
“The event provided two days of fun-filled activities and also gave visitors a poignant chance to remember those who fought in the war,” said Coun Gary Taylor, South Holland District Council portfolio holder for community.
The weekend was jointly organised with the district council and the Spalding Memorial Parade.
There were memorabilia displays, demonstrations, stalls and period vehicles which all added to the atmosphere of the event.
It culminated on Sunday with a parade to mark VJ Day which was on Tuesday.
Visitors had the chance to pay tribute to those who gave their lives in the conflict. 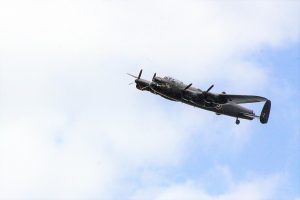