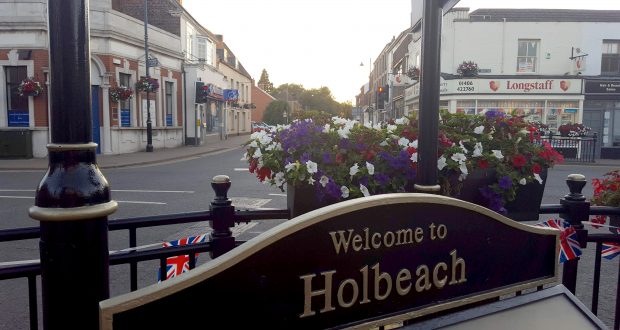 Alternative funding is being sought to keep plans to improve Holbeach town centre a possibility.

And those behind the schemes are still hopeful they may get the government funding they missed out on first time around.

Proposed improvements of Market Hill junction in the town and the creation of a new ‘public realm’ at the back of the recently renovated The Chequers were among the schemes unveiled as part of the bid for £4.5m government Future High Streets fund.

But it was announced last month that Holbeach had not been given any funding.

He told the meeting: “We’re seeking clarity to see if there could still be funding for Holbeach through the Future Funding grant to see if anyone drops out.

“There is a prospect of others dropping out as a large number of those that got the High Street Funding didn’t get what they were expecting. They got around about 70 per cent of the requested funding and when you’re talking about several million pounds then have to pick up 30 per cent which is quite a lot of money.

“We’re not ruling ourselves out yet but we’re pushing our case should there be opportunities if anyone falls out.

“We will also be speaking with the Lincolnshire Enterprise Partnership about possible funding, we’ve already spoken to Lincolnshire County Council about alternative funding streams particularly with regards Market Hill.

“We’re already in conversations with private land owners in the Chequers Yard area to see what schemes we can bring forward with alternative streams of funding.”