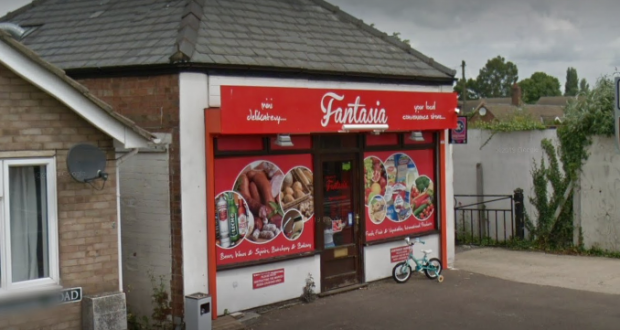 A Spalding shop will have its licence reviewed after police found it sold out-of-date food and incorrectly labelled medicine.

The premises licence of Fantasia, on Bourne Road, was due to be reviewed by the licencing panel of South Holland District Council on Thursday but the meeting has now been postponed to June.

The report ahead of the review states: “Lincolnshire Police have obtained evidence which indicates that the management of these premises have been knowingly offering for sale medicine without displaying English on the packaging, there has also been non-compliance with EU regulations and food safety and hygiene regulations by offering food after the ‘use by’ date.

“As a result, Lincolnshire Police believes that there is a lack of promotion of the licensing objectives in respect of the Prevention of Crime and Disorder, Public Safety and the Protection of Children from Harm.”

The report states premises licence holder Hemen Ahmad has previously been warned in relation to the “selling of and offering for sale foreign medicines” in 2016.

During the 2016 visit, six bags of medicine were seized.

Police said during a visit to the shop on January 23, 2020, medicines were again siezed and 18 out-of-date products were removed from the shop’s fridges.

Only one deli counter sign was in English, too, for which guidance was given.

Police said: “Mr Ahmad knew he was not to offer foreign medicines for sale and the risk was fully explained to him.”

They said he is risking public safety.