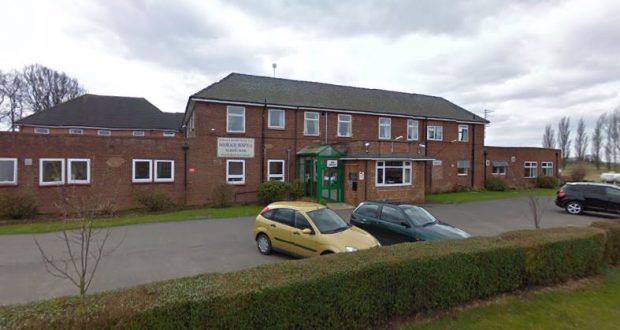 The community trust that runs Holbeach Hospital has said it’s ‘committed to offering the highest level of healthcare’ after a Care Quality Commission inspection found breaches of the Health and Safety Act.

The Holbeach and East Elloe Hospital Trust has been told it ‘requires improvement’ following the unannounced inspection in August.

It was rated good in the category of ‘caring’ but requires improvement’ in the other categories of being safe, effective, responsive and well-led.

It had been rated ‘good’ across the board in the previous inspection of Holbeach Hospital in October 2016.

The breaches of the Health and Safety Act at the hospital include “medicines were not always manages in a safe and proper way and medicines record were always comprehensive or accurate”, the report states.

“Risks to the health and safety of people using the service was not always correctly assessed” and “effective systems were not in place to monitor the service”.

The report continues: “People’s safety was at risk as records did not always provide guidance for staff.

“Risk levels were not always correctly calculated or recorded and some risk assessments were missing.

“For example, one person was suffering with a significant skin condition, however there was no care plan or risk assessment in place for this.”

The report also states staff training was not up to date and on leadership it states: “Leaders and the culture they created did not always support the delivery of high-quality, person-centred care.

The report also criticised the lack of “effective fire drills”.

Inspectors claimed the hospital needs a spruce up stating: “On the day of our inspection we found the décor did not provide a stimulating or homely environment for people. Following the inspection, we received assurances from the registered manager that further work to improve the environment was planned.”

The Trust remained ‘good’ in the category of being ‘caring’ with the report stating: “This meant people were supported and treated with dignity and respect; and involved as partners in their care.

“People and relatives were happy with the care provided and praised the staff, the report continued: “One person told us, ‘I am treated like a queen’.”

Chris Penney, the chairman of directors at Holbeach and East Elloe Hospital Trust, said: “The directors were pleased to note that the CQC inspection recognised that the quality of care being given to the patients and residents was good and that residents and their families were confident and happy with the service being offered.

“The positive comments about End of Life Care showed that the recent award of the Gold Standards Framework for this service was justified.

“They also acknowledge that the report identified that certain elements of the work undertaken required attention and have already dealt with a number of these and are working with the management team to prepare an action plan which lead to all areas of concern being addressed.

“As the Trust enter its 31st year of running this vital community owned local facility the directors remain committed to offering the highest level of healthcare to all who use the service and will use the findings of the report to enhance that service.”

Attempted murder charges dropped after no evidence is offered