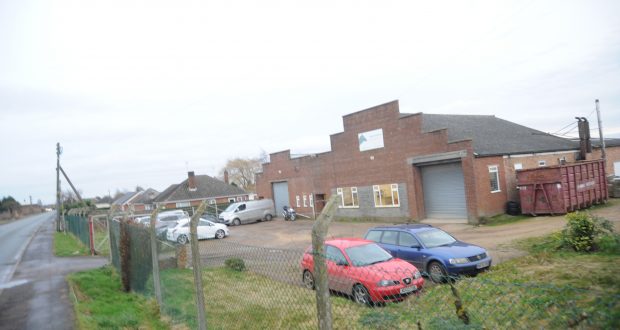 There were differing emotions on Bourne Road as while some celebrated their homes being saved from their bulldozers, others found out the Spalding Western Relief Road is coming through their front garden.

After the road was initially planned to go through allotments without affecting other properties, last February the council said it would instead look to knock down up to nine homes on Bourne Road.

After months of campaigning, just before Christmas the council performed a u-turn and opted to back the route through Trojan Wood, further south down Bourne Road.

Sally and Adrian Fordham were told last February they had nothing to worry about.

But just before Christmas they found out through The Voice that the bungalow the pensioners have lived in for over 20 years would now be next to the proposed new road which is being built and funded in five separate sections.

Sally said: “We asked if the road was going to affect us and they said ‘absolutely not, you’re outside the safeguard corridor for the road as outlined in the local plan’.

“Then just before Christmas we’re rang by someone who says have you seen the paper?

“It’s been on our minds all Christmas and we still don’t really know what’s happening. It all seems very rushed.

“We’ve asked lots of questions, but have had few answers and had no time.”

Husband Adrian (78) said: “I think it’s been amateurish and they’re making a real pig’s ear of it.

“Our home is below the current road, so presumably the new road will be raised above us too.

“They don’t really seem to know what’s happening and are just leaving us in limbo now. We do know that to build a road, railway or anything in a straight line these days someone’s going to suffer, but they should be more up front and get to know what they’re talking about.”

A drawing the Fordhams requested sent by the council shows the road potentially going over the closed front garden that until five yearsago Alice and Paul Cook opened up every year to raise money for West Pinchbeck Church.

They built the house and business that Paul used to run behind it in February 1984 and described finding out they could lose the front garden as “sickening”.

Paul said: “I am pleased it’s not going through houses but it should be going though a route where it’s not troubling anybody. They say they can’t go through the allotments as they’re planning to build a school there now, but why can’t they build the school elsewhere?”

The council would have to buy Trojan Wood, a bespoke furniture business set up in 1981 by Peter Sanders and now managed by his son Matt Sanders.

It bought the offices just 18 months ago after leasing it for 37 years and employs 11.

“It’s a concern and it’s a disruption for a small business,” said Matt. “We only took ownership of the building recently and we’ve had planning applications passed to expand.

“Our business is problematic at the best of times in terms of everything we make is bespoke and different so we’re used to problems.

“This is probably a problem we could have done without.”

Further up Bourne Road their was elation as families and couples who feared having their homes bulldozed were told they no longer had to worry.

Catherine and Frank Roberts have been at the forefront of the protests.

“It’s a funny feeling,” Catherine said. “Relief as much as anything. Neither of us have been sleeping so we’re looking forward to doing that again.

Husband Frank, said: “We’re not over excited but we’re pleased we’ve done a good job and that the council listened to us and acted.

“We’ve had fantastic support from a number of people including SPARR and Angela Newton who has been brilliant and without whom we’d have been fighting a losing battle.

“I hope those affected further down the road understand our situation and they come off all right.”

Next door, Richard Holland said: “I’m going to sleep for the first time in months.

“I would like to thank everyone who has supported us including the councillors, the local media and everyone who signed our petition.

“I’ll support those around Trojan Woods as we know exactly how they feel. There’s other routes it could go down.”