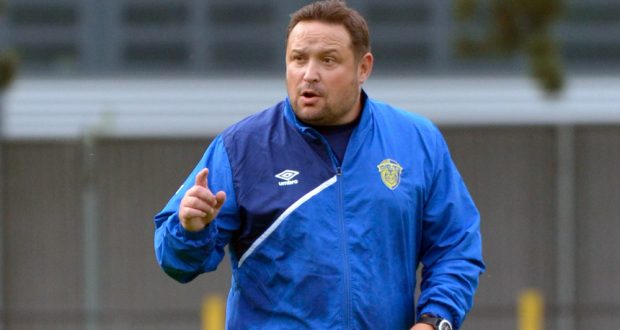 The Tulips chief felt his side were “poor” last weekend, but feels they are still very much on-track to reach his golden figure of 80 points – which would secure third place and a home draw in the play-offs.

Currently in third spot, Spalding get the chance to bounce back with an energy-sapping run of three games in six days, starting with a trip to title-chasing Witton Albion tonight (Thursday, 7.45pm).

Currently on 68 points with six games to play, Spalding would all but seal a place in the play-offs if they can win all three games.

“We couldn’t ask for a better game to come back to after Saturday,” said the Spalding supremo. “Witton Albion away is just a great game to be involved in.

“If we’re not up for that one, I’ll be very surprised.

“Stocksbridge was a very average performance from the lads. I thought we did OK in the first half and maybe the boys got a little complacent.

“Once Leon (Mettam) missed that penalty, you could see a few of them stop doing their jobs. The shape went and, when that happens, we can look a bad side.

“It was very poor, to be honest, and I let them know.

“But I’ve always maintained that we could afford to lose one or two.

“We remain on course for 80 points, which has long been the target. If we get there, nobody outside of the top two could better our total and we’d get that home draw.

“Yes, a lot of our rivals gained points on us over the weekend. But the boot is on the other foot this coming weekend.

“We go to Kidsgrove and a few of the top teams play each other, so it’s our chance to gain more ground.

“If we can take at least four points from Witton and Kidsgrove, we’ll be looking very good ahead of Basford on Tuesday night.”

Rawlinson is without midfielder Nathan Whitehead for the games at Witton and Kidsgrove, while defender Kern Miller begins a three-game ban on Saturday.

Neal Spafford and Jason Field are both vying to replace Miller, who was sent off at Stocksbridge, while Lee Beeson and Conor Higginson are in contention to replace Whitehead.

After Tuesday night’s games, Spalding go into their hat-trick of crucial clashes in third place, 18 points behind tonight’s hosts Witton. They are also four points clear of fourth-placed Newcastle with a game in hand and six ahead of Basford in fifth with two games in hand.