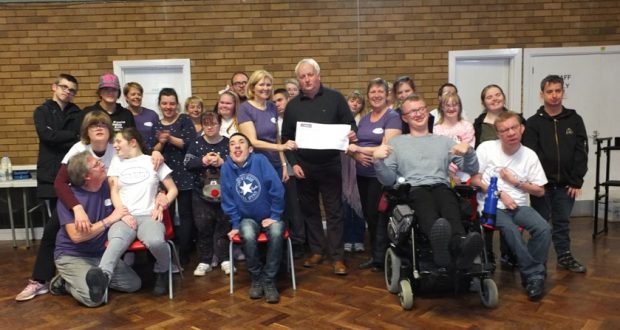 Party on! The first £1,000 for next year’s Going Forward festival is presented.

The date has been set for next year’s Going Forward music festival and the Long Sutton Masons have helped kick-start it with £1,000.

Members of the Alexandra Lodge handed over the cash to the festival organisers, whose first event earlier this year was put on for people with disabilities to attend alongside their family and carers.

Alyson Commons, of the Going Forward Social Group, said: “This event has been very sucessful and we are going to host it again next year on July 25 in the grounds of the Priory School.”

The social group is for young adults with disabilities and meets two Thursdays a month at the Priory School and twice a month at Boston Bowl.