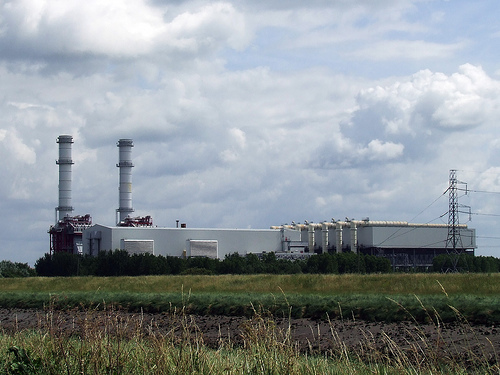 Business owners in South Holland worried about their future energy bills can rent the power station at Sutton Bridge.

Along with its sister plant in South Wales, the station could produce enough power for two million homes but both of them are mothballed.

The owners of both plants went into receivership during the first Covid lockdown when demand for energy plummeted temporarily.

But anyone considering renting the stations will have to provide their own gas to operate them – and wholesale prices have rocketed to record levels in recent weeks.

Company website ukpowerplants.com advertises both plants as being available having ‘exited administration.’

The company who now own it had previously spoken to The Voice about opening it before Christmas.

The website says that both plants are ‘low cost and low emission’, could run on up to 15 per cent hydrogen and could be reconfigured to run completely on the gas.

According to the advert offering both plants, renting them could cost ‘less than 8.1 pence per kilowatt-hour, plus fuel and carbon costs.’

“Despite the recent extreme volatility in the UK energy market, the plants have not been contracted and remain in an idle state,” says the website.

The Severn station in Gwent cost £600m to construct and was commissioned in 2010.