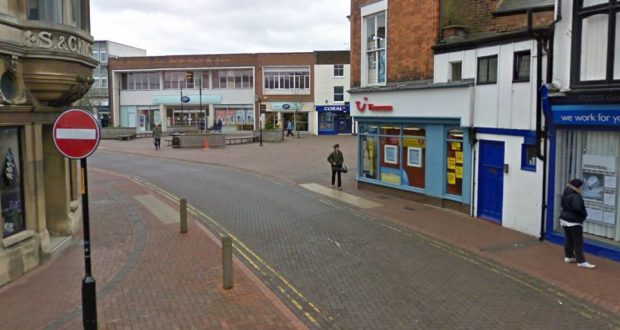 Residents are being urged to report all incidents of anti-social behaviour as it was revealed more people could be banned from Spalding town centre including some repeatedly caught drinking alcohol.

Last month Matthew Bellerson was banned from Spalding for a host of such incidents, including pretending a footrest of a wheelchair was a gun.

But last week’s meeting of the Spalding Town Forum heard that more could follow with a number of penalty notices having been handed out.

South Holland District Council communities manager Emily Holmes told the meeting that in August there had been 21 notices handed out, 13 for littering, six for refusing to hand over alcohol and two for spitting.

In September there were 13 penalties handed out, six for littering and seven for not handing over alcohol.

Emily said: “The increase in refusing to hand over alcohol is down to individuals in the town centre who we are seeking additional enforcement measures against.

“We’re aware there are community safety and anti-social behaviour concerns for the town centre. There’s limited information we can share publicly on ongoing cases but I can confirm that what’s being followed is based on the ASB legislation available to SHDC and Lincolnshire Police and we’re working together on this.

“We can confirm in the injunction previously publicised, community notices have been served on individuals where appropriate.

“I strongly encourage anybody who sees anti-social behaviour taking place in the town or anywhere in the district to phone it through to 101 at the time so it can’t be addressed as soon as possible.

“Alternately information can be shared with the community safety enforcement team and we really appreciate those reports coming into us so we can build that evidence base to demonstrate the impact it’s having on our residents.”

Coun Harry Drury said: “There has been negativity about calling 101 because the police are extremely busy and under-resourced some of the time dealing with more urgent matters. Still call 101 as all data that goes into the police system helps them consider their patrols on certain days and certain areas. Even if officers can’t turn up immediately they can gather that data.

“We can then look at the areas that need to be looked at in closer detail.”