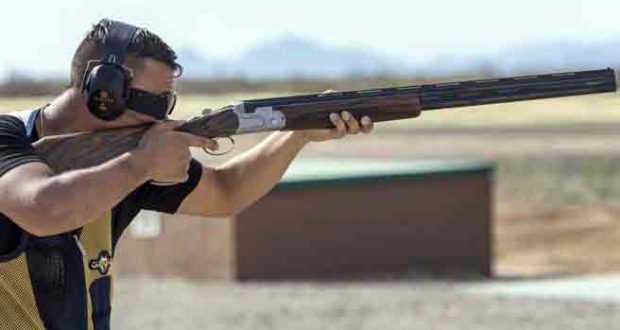 Long Sutton shooter Aaron Heading has booked his place at next summer’s Olympic Games in Tokyo.

Heading won Olympic Trap silver at the European Championships in Lonato to secure a quota place in the Team GB squad for the 2020 games.

It was the first of only two chances Heading had to earn his spot, but he held his nerve superbly on Saturday.

His score of 44 was good enough to edge out Italy’s Mauro De Filippis, who had to settle for bronze.

Croatia’s Jiri Liptak who eventually came out on top of the pack with a score of 46 to secure gold – but that didn’t matter to Heading, who was delighted with the result.

Heading said: “I’m absolutely over the moon to win a quota place for my country.

“I’ve been so close but to finally do it and give something back for my country, it really does mean the world.

“After everything shooting has given me, I can now give something back.

“I’d just like to thank my entire support team around me which is all made possible by the funding I receive from UK Sport and the National Lottery.

“I’d like to first thank my entire family, Natasha and my son, plus my sponsors Fiocchi and Laporte – I’m just so thankful.”