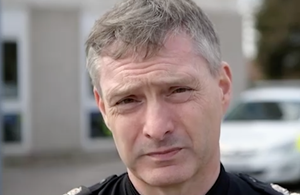 Lincolnshire Police has ‘significantly improved its crime recording arrangements’ an inspection into the force has found.

Her Majesty’s Inspectorate has rated it ‘good’ in its latest inspection last year after previously rating it ‘inadequate’ in 2018.

The inspector found that crime reporting had improved significantly but also recorded that Lincolnshire ‘requires improvement’ when it came to accurately reporting crime.

The report published today (Friday) states: “We found that the force has made very good progress to make sure it records crimes reported directly to its public protection teams.

“Recording these crimes is important. It means the force can be confident that these vulnerable victims get the support they need.

The force’s leadership was rated as ‘outstanding’.

“The leadership effort that Lincolnshire Police has put toward improving crime recording has directly contributed to the improvements we found in this inspection,” the report states.

Chief Constable Bill Skelly says he is extremely pleased with the progress made. “It is particularly gratifying that we have achieved an ‘Outstanding’ grading for our culture of improvement to meet the national standards,” he said. “We have also been recognised as ‘Good’ in the category of being effective at recording reported crime, but we recognise that we still have work to do in improving our systems and processes to support accurate crime recording.

“These improvements can only benefit victims because better data quality means we make better decisions, therefore enabling us to deliver a better service to people in Lincolnshire.

“We remain committed to doing all that we can to make sure we focus our efforts on protecting victims and trying to prevent anyone from becoming a victim of crime.”

Mr Skelly said the force had noted the areas highlighted for improvement, such as crime reports held on other systems and the way Multi Agency Risk Assessment Conferences (MARAC) are conducted.

“We have already taken steps to introduce new operating procedures to ensure our compliance meets the high standards of these inspections,” said Mr Skelly.

The full report is available here.