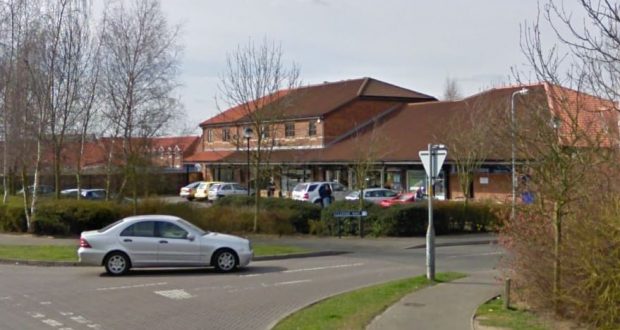 Jealous man shot at car after pretending to be girl

A man fired shots at a car after luring the motorist to a supermarket at 4am, Lincoln Crown Court was told.

Hubert Garvacz was jealous after discovering that the motorist had contacted a teenage girl hoping to meet up with her.

Garvacz, who was able to access the 17-year-old girl’s Facebook account, exchanged messages with the man pretending that he was the girl and they arranged to meet early in the morning at the car park of the Co-Op in Clover Way, Spalding.

Mark Achurch, prosecuting, said the motorist reversed his 4 x 4 vehicle into a parking space and then noticed a cyclist who was armed with a high-powered air rifle.

Mr Achurch said “As the cyclist passed his vehicle, he heard gunshot. There were two bangs. He saw the cyclist had a gun in his right hand.

“A third shot smashed the rear passenger window of the car.

“The prosecution say this amounts to a premeditated incident where his intention was to frighten the complainant by firing at the car.

“He fired towards the car knowing the complainant was inside with the obvious risk that presented. There was a real risk of injury.”

Garvacz cycled off after the incident but the motorist immediately contacted police and the defendant was later arrested.

Garvacz, 24, of Poppy Close, Spalding, admitted possession of a firearm with intent to cause fear of violence as a result of the incident on September 1 2019. He was jailed for 45 months and faces deportation to his home country of Poland when he is released.

Judge John Pini QC told him “This was, in my view, a premeditated offence. You used deception to lure this man to the rendezvous where he believed he was meeting a young female. Instead he was ambushed by you armed with a powerful weapon.

“You said that the man should not have been meeting a 17-year-old and you wanted to take your anger out on him.”

Neil Sands, in mitigation, told the court “His purpose was to scare and not to injure.”

He said that Garvacz has no previous convictions and has been living in the UK for 13 years.

“Everything he has built up will be lost permanently. He will be deported and will not be allowed back into this country.”