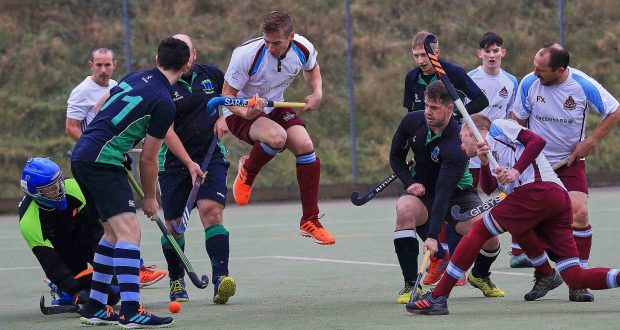 Free-scoring Long Sutton 1st enjoyed another handsome win in East Men’s Hockey League Division 3NW on Saturday as they look to bounce back from relegation.

After a 5-0 win the previous week, they romped to an 8-1 success over St Neots 1st on Saturday to go top of the early standings.

Josh Baker was the star of the show at the Peele Leisure Centre, scoring six of the eight goals in a very one-sided contest.

Baker then began his goal glut, firing home three times before the break to make it 4-0. There was still time for Jacob Synnott to get in on the act before the whistle sounded, making it a five-star opening period for Sutton.

With defenders Josh Ripley, Matt Holmes, Ed White and skipper Matt Bragington solid as ever at the back, Sutton picked up where they left off in the second period and the goals flowed.

With Brad Sargeant and Nick Ellis on-song with assists, Baker added three more to put the game beyond St Neots.

The visitors did deny Sutton a clean sheet, but that failed to take the gloss away from their stellar start.

In the same division, Spalding 2nd also boast a 100 per cent record after two games as they defeated hosts Louth 1st 3-0.

In truth, the maroons never really hit their straps but three well-worked first-half goals from Joe Higgins, Pete Wright and Reuben Gray were enough to claim the three points.

The second half performance hardly met Spalding’s lofty standards, but they fought hard.

Their back line of Will Steed, Phil Callow and Alex Doughty, ably deputised by Lewis Doughty, kept Louth at bay for the most part and when they couldn’t, captain Rob Callaby was there to maintain the clean sheet.

However, it’s two defeats from as many games in 3NW for Long Sutton 2nd.

They were handed a 5-1 home reverse by March Town 1st, with Sam Gray grabbing their consolation.

Up in Premier B, Spalding 1st suffered their first defeat of the season as they went down 4-3 at Potters Bar 1st.

Despite goals from Glenn Richardson, Stuart Cunnington and James Mayhew, Spalding came a cropper and fall to seventh in the early table.

Down in 5NW, Spalding 3rd grabbed their first win of the season as they knocked off Kettering 3rd 4-1 at Glen Park.

Jacob Drew (2), Dan Azzopardi and Glenn Perkins got the goals to keep Spalding unbeaten in fourth.

It was a day to remember for Gary Hales, who rattled in a hat-trick to inspire Sutton’s first triumph of the campaign.

After slipping up the previous week, Sutton were on fire in the first half and raced into a 4-0 lead.

Katie Collingwood-Smith’s deflected strike gave them the lead, before Tania White made it two. Gittins then got her spree under way with a double to make it 4-0 at half-time.

A Dereham goal early in the second period kept things interesting, but Collingwood-Smith and Gittins both bagged to settle the contest.

In the same division, Spalding Poachers suffered a second defeat on the bounce as they slipped up 3-2 at Alford 1st.

Trailing 3-0 at the break, second-half goals from Georgina Maplethorpe and Angelina Harkus gave the scoreline a much more respectable look.

In 3NW, Spalding Poachers 2nd were handed a 7-0 battering at Cambridge South 2nd.

It was also a day to forget for Long Sutton ladies’ 2nd, who went down 6-0 at City of Peterborough 4th in Division 4NW (N).