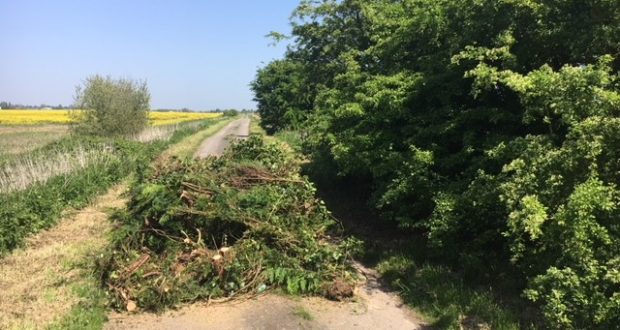 Fly-tippers in court for countryside dumping

He dumped a large load of tree cuttings in West Road South, Gedney Hill and was seen by a local resident.

In a separate case, Stephen Penn, of Garnsgate Road, Long Sutton was found guilty on February 15 of offences relating to a fly-tip on Guys Head Road near Sutton Bridge in March 2018.

Approximately two tonnes of soil and turf were dumped in a gateway, and the incident was witnessed by a member of the public who reported it to the council.

Following the guilty verdict Mr Penn was fined £3,000, with costs of £1,104.86 and a victim surcharge of £170. The total amount payable was £4,274.86. He was also issued with a two-year Criminal Behaviour Order around the correct carrying and disposal of waste.

South Holland District Council continues to work to clear fly-tips and to catch and successfully prosecute offenders operating in the district.

These cases followed the successful conviction of two other fly tippers in November 2018, where both were handed significant fines by the courts.

Reports of fly tipping can be made on the website at www.sholland.gov.uk/reportit or by calling 01775 761 161.