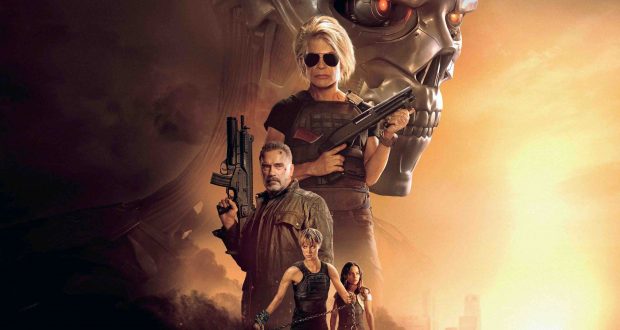 RETURN TO FORM: Dark Fate is the best in the series since Terminator 2: Judgement Day.

While all three Terminator movies since 1991’s Judgement Day have been solid action offerings, none of them ever really managed to recapture the magic of a film that played a huge role in the future of cinema.

James Cameron’s use of computer-generated imagery in the 90s classic paved the way for much of what we see in the sci-fi and action genres today – and gave us memorable characters and unforgettable one-liners.

Since then, the Terminator timeline has been all over the place with Rise Of The Machines, Salvation and Genisys all depicting different versions of the future.

Dark Fate, however, is the first film in the series to feel like a genuine sequel to Judgement Day and serves as either a strong ending to the story or a reboot that could open up interesting new stories.

It does that with a healthy dose of nostalgia and by introducing compelling new characters (much like Star Wars: The Force Awakens).

Linda Hamilton’s Sarah Connor was always the heartbeat of the story – and she reprises the role for the first time since T2; albeit in a much more grizzled form.

Likewise, Arnold Schwarzenegger is back (pun intended) in his iconic role and is used just enough to not cast a sizeable shadow over the newer faces.

Dark Fate (as the title suggests) once again offers us the tried and tested format of sending a warrior from a gloomy future back in time to protect a key figure from being wiped out by a Terminator.

This time, Mackenzie Davis’ enhanced human Grace must do all she can to keep Dani Ramos (Natalia Reyes) from being obliterated by a murderous Rev-9 Terminator (Gabriel Luna).

Sure, you’ve seen this story before. But Dark Fate does it well and ensures that less is more when it comes to the battles between Grace and the Rev-9.

Hamilton’s return is the key here, though. She hasn’t missed a step since her last outing in the franchise and you can fully imagine that Sarah would have become the woman she is depicted as here.

Likewise, Davis and Reyes are great additions to the story and their storyline works well enough to make you actually care about their survival.

Luna is reminiscent of Robert Patrick’s shape-shifting T-1000 and captures just enough humanity to blend in before he causes untold chaos in his bid to kill Dani.

As for Arnie, it would perhaps have been better if his role in the film was kept quiet. But his plot is an interesting one that will leave you with plenty of questions.

His shadow had loomed large over every film since Judgement Day, but he successfully manages to become a side character here.

While the story is typical Terminator and offers few surprises, I did enjoy Dark Fate.

Whether the series continues or ends here, it certainly finishes at a good enough point for either option.