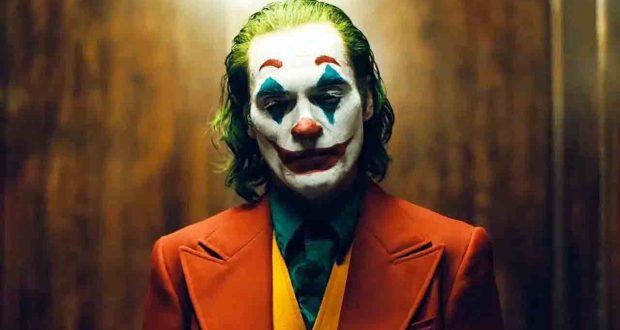 NO JOKE: Joaquin Phoenix is amazing as Arthur Fleck in the excellent Joker.

If you’re thinking ‘not another comic book film’ and are put off by the idea of Joker, be prepared to be surprised.

As a veteran of pretty much every comic book film made over the past decade, I can tell you that this Todd Phillips-directed DC Comics offering is unlike anything else in the popular genre.

Set in the early 1980s, Joker is an origin story for arguably Batman’s most famous villain and explores themes that the current crop of mainstream comic book films steer way clear of.

Headlined by Joaquin Phoenix’s unsettling, depressing and unnerving performance as Arthur Fleck, it’s a film that is both enjoyable and tough to watch at the same time.

Taking plenty of inspiration from films from the 1980s era such as Taxi Driver and The King of Comedy, Joker follows Arthur’s journey from mentally ill social outcast to mentally ill super villain (well, kind of).

As somebody who claims to have “never had a happy day in his life”, it’s hard to say too much about how his traditional persona manifests.

But it’s fair to say that he’s the result of a version of Gotham City that is full of hate and lacking empathy.

Arthur is constantly marginalised and treated badly by those around him, but is surprisingly presented as somebody who is largely unexceptional.

If Batman is the hero future Gotham needs, Joker is certainly the villain that this iteration of the city deserves.

It’s a strange feeling to have empathy for the man who will become Joker – and his treatment will make you feel bad about any time you may have ignored people of his ilk in the real world.

But the film never forces you to condone his increasingly evil actions, which is to its credit.

Phoenix’s performance here will surely be talked about when Oscar nominations are dished out. Typically, he fully immerses himself in the role.

You’ll feel his pain when his uncontrollable laughter kicks in and you’ll empathise with his situation. But you’ll also fully believe that he’s capable of what happens next.

Looking physically unwell, he’s in virtually every scene and delivers a claustrophobic performance that is guaranteed to draw comparisons to Heath Ledger’s showing in The Dark Knight.

It’d be tough to decide between the pair, but I can imagine that some people won’t enjoy this Joker. It’s sure to be divisive, given that casual film-goers won’t receive their action fix in any shape or form.

For my part, I enjoyed almost everything about this origin tale. Sure, the reveal of one of the bigger twists is a little bit on the nose and I was surprised by just how unremarkably Arthur was depicted.

But it’s a powerful film that, despite being hard to watch at times, will hold your attention for what felt like a very brisk two-hour running time.

Voice Verdict (reviewed at Boston Savoy): 9/10
+ A huge performance from Phoenix
+Fresh take on comic book genre
+Will stay with you
+ Good exploration of mental illness
– Isn’t for everybody