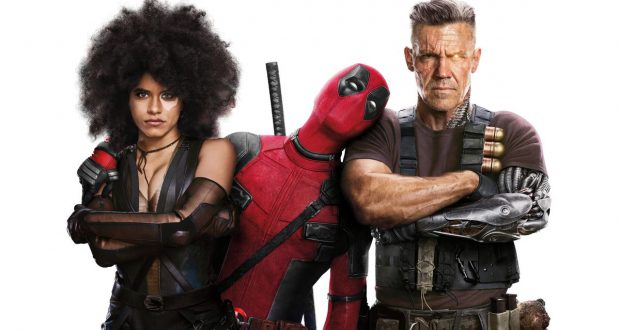 Back in 2016, the original Deadpool movie succeeded by being brave enough to break the tried-and-tested superhero mould.

By that, I mean that it’s not really a film you’d be comfortable taking young children to watch – such is the level of violence and bad language on display.

That notion seemed to resonate with Marvel’s adult fans and viewers that wouldn’t usually watch a comic-themed film (my dad enjoyed Deadpool, for example) and helped it be a major success at the box office.

Fast-forward two years and the ‘Merc with a Mouth’, once again expertly portrayed by Ryan Reynolds, isn’t looking to do anything different.

If you consider the scope of the biggest film of the year so far, Marvel’s Avengers: Infinity War, Deadpool 2 still feels more like a street-level superhero offering.

And that’s not a bad thing, as it’s still ridiculously good fun to watch and offers an enjoyable spin on cinema’s most money-spinning genre.

The sequel, which follows on seamlessly from the original, benefits from a very strong opening sequence that is both hilarious and hard-hitting in equal measure.

Having embraced a globe-trotting gun-for-hire lifestyle that sees Deadpool/Wade Wilson as something of a vigilante, the sequel is very much the Reynolds show.

While there are some dark moments for our anti-hero, the story essentially involves scene after scene of putting Wade into potentially humorous scenarios.

Indeed, I could sum up the plot in just a few short sentences, but it’d spoil the many surprises that Deadpool 2 serves up.

The headline act is Josh Brolin’s Cable, a time-travelling soldier who is on a collision course with Wade.

Brolin, who recently voiced Thanos in Infinity War, is perfect for the role and his grizzled ways prove a great foil for Deadpool.

Domino, played by Zazie Beetz, is a welcome addition to this particular franchise too. Her action sequences are a joy to behold, as her trademark luck (which Wade won’t accept as a super power) wreaks havoc. She steals every scene that she’s in and is superbly cast.

Then there’s Julian Dennison’s Fire Fist/Russell, who is key to the plot and shares some great scenes with Reynolds.

He probably has a little too much screen time, but does a decent job for one so young.

There are numerous Easter Eggs and cameos to look out for throughout the 1.49hrs running time – plus a host of post-credit scenes that you’ll want to hang around for.

For me, Deadpool 2 feels like more of the same – and that’s why it succeeds.

Sure, it’s ridiculous stuff once again. Wade Wilson is an over-the-top character that will make a joke out of absolutely anything, which can grate when the occasional scene outstays its welcome.

But, with Reynolds again on brilliant form, it’s escapism of the highest order.

I’ll not pretend that it’s a cinematic classic, but you’re guaranteed to be entertained by Deadpool 2’s relentless humour and action.