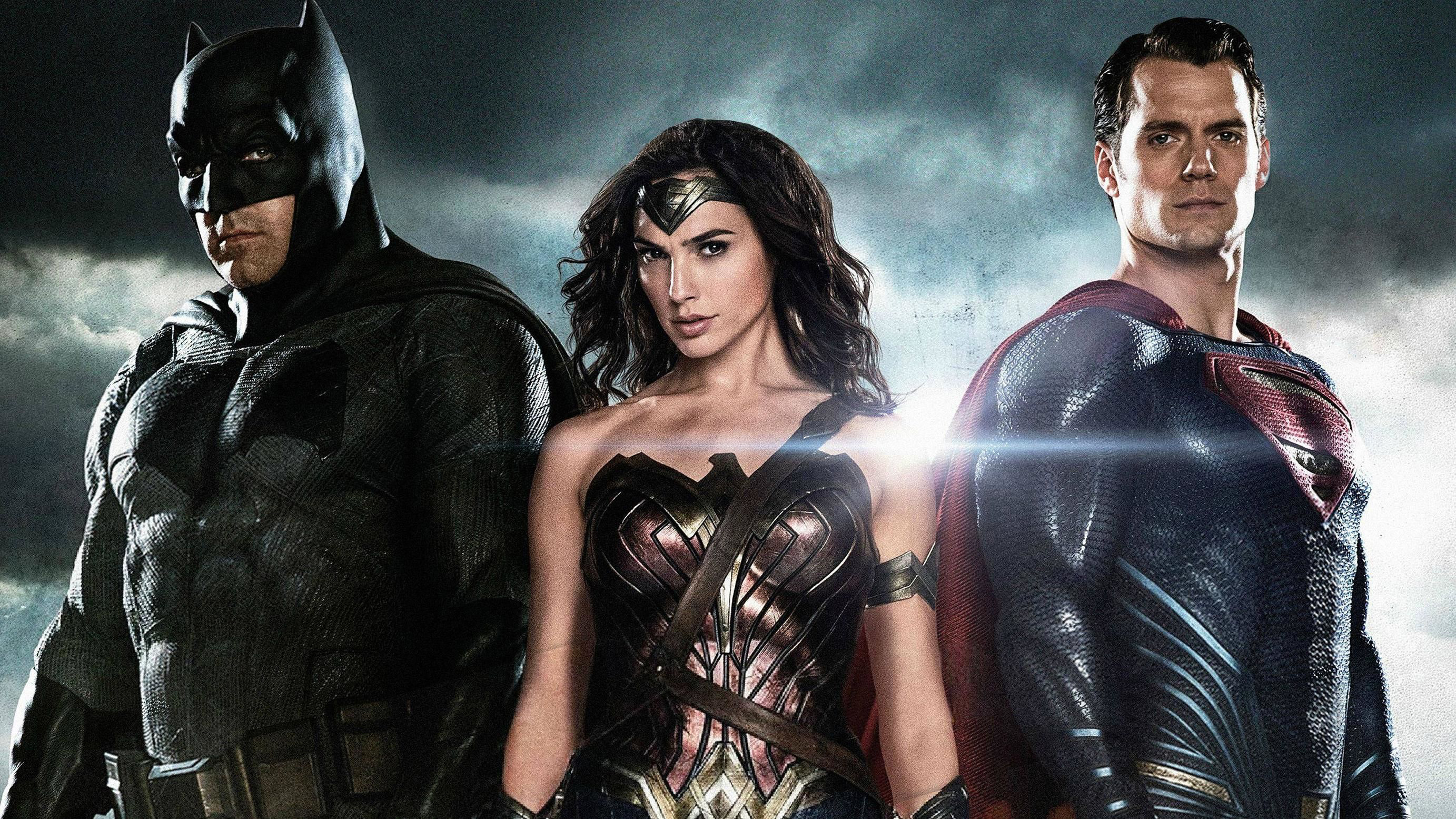 I’ve been looking forward to Batman v Superman: Dawn of Justice for what seems like an eternity.

Not because I’m a DC Comics fan or a low-rent film critic, but simply because it’s an idea that just interests me.

We’ve all probably seen a Batman or Superman film over the years (there are plenty), but they’ve never been on the big screen together before.

However, the majority of the early reviews really laid into Zack Snyder’s action epic – and it seems that a whirlwind of negativity now surrounds “BvS”. While I was watching the 2.33hr 3D

screening at Boston’s West End Cinema I was waiting for something to annoy me or just flat-out suck about BvS as a result… but it simply never happened.

Indeed, I can’t ever remember such a fuss about nothing (film-wise). BvS is another strong superhero movie that will ultimately lead to The Justice League (DC’s version of Marvel’s Avengers) coming together.

Before I get started with the plot, it’s worth saying that you’ll want to watch 2013’s Man of Steel (MoS) for a bit of context here.

It’s a really neat idea – and gives us a genuine reason to believe that Batman, who is usually a good guy, would turn heel to take on Superman.

This is a Batman that has, alongside his trusted butler/friend Alfred (Jeremy Irons – The Borgias) spent 20 years fighting crime in Gotham City.

He’s pretty much seen it all, but Superman breaks that mould – and he views him as a threat that must be stopped at any cost.

What that gives us is a much darker and crueller Batman than I can ever remember. He’ll brand criminals or gun down thugs without mercy… and Affleck is absolutely magnificent as the new-look Dark Knight.

Meanwhile, Cavill’s Superman is a divisive figure in the larger world. Worshipped by many and vilifed by the rest, he is called to answer for the perceived crimes he committed in MoS.

He’s got no love for Batman himself, deeming his methods crude and villainous. 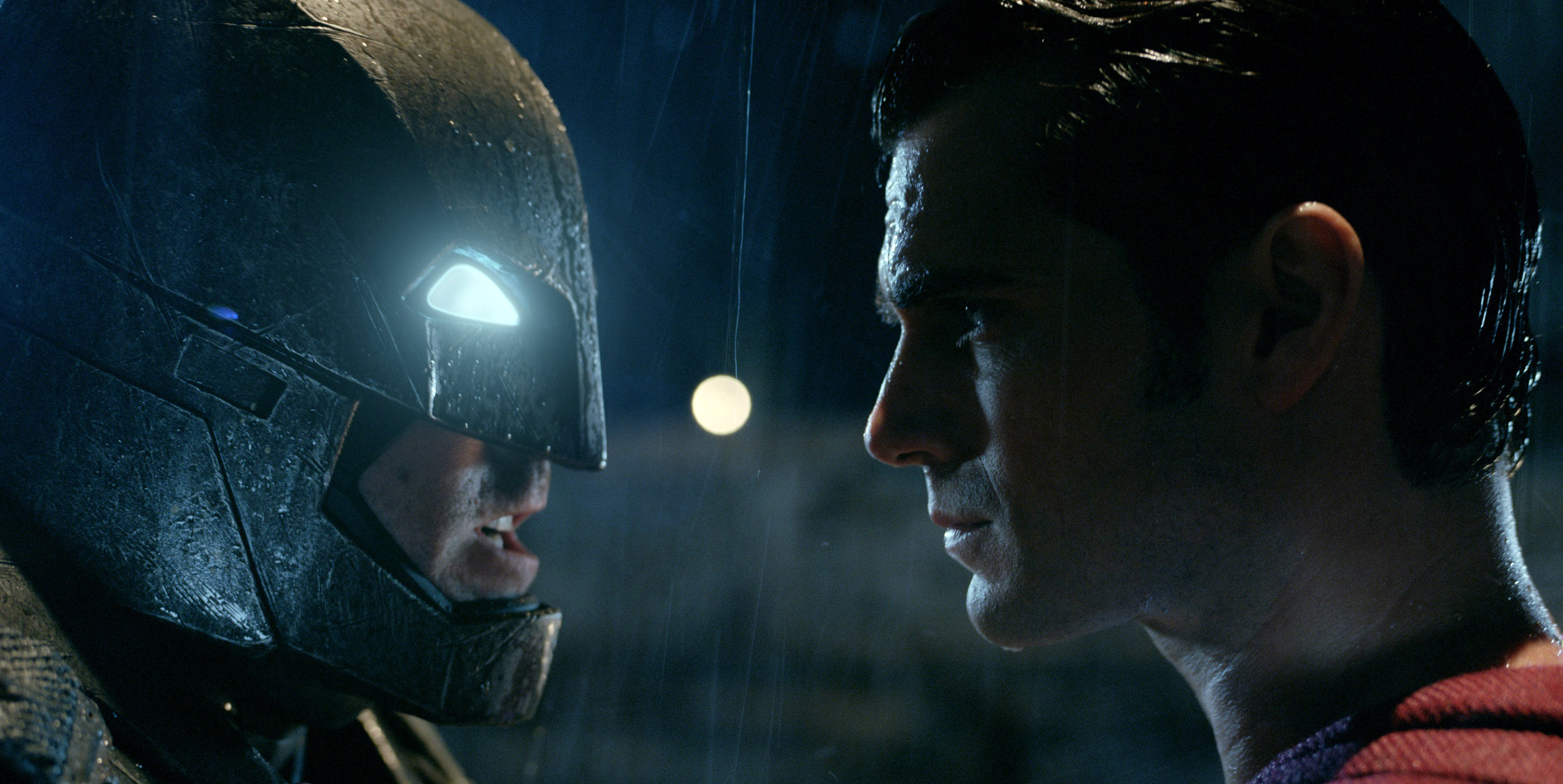 SHOWDOWN: Batman and Superman have an epic battle.

BvS chronicles the violent rivalry the two have before they (and you’ll have seen this in the trailers/advertising) become super-allies.

Stirring the pot is legendary Superman villain Lex Luthor (Jesse Eisenberg – The Social Network). He’s a mentally unstable billionaire intent on bringing Superman down – and almost acts as the promoter for the battle between two of the biggest comic book heroes ever created.

Watching the rivalry from afar is Diana Prince/Wonder Woman (Gal Gadot – Fast 5), who eventually steps out of the shadows to reveal her true self to the world too.

Also returning from MoS is Lois Lane (Amy Adams – American Hustle), who often acts as the voice of reason in a highly-volatile environment.

In direct contrast to a lot of the other reviews I’ve read, there’s not a lot to dislike about BvS. As an action film, it delivers in pretty much every way; the visuals are gorgeous, the fight scenes superb and the musical score (especially the Wonder Woman and Lex Luthor themes) is awesome.

I did feel some (unforgivably) dogdy CGI towards the end ruined one of the bigger moments, but that’s my sole gripe looks-wise.

Affleck steals the show as a very brutal Batman. He looks very much at home as the Dark Knight and (rightly) gets the most screen time here.

In contrast, Cavill’s Superman remains a little bland. I’ve always found The Man of Steel more of a dull superhero given his god-like attributes and sole weakness. He’d almost make a better villain.

His arc is the least interesting aspect of BvS, but is by no means boring.

There are plenty of teasers and Easter Eggs for DC’s expanded universe incorporated too, which really whet my appetite for more.

The same goes for Wonder Woman, with Gadot looking a perfect choice for the role.

One thing I will say is that BvS isn’t totally child friendly. It lacks the humour and accessibility the Marvel films offer in spades. That’s not a negative, though, as I enjoyed the darker tone.

ODDBALL AND THE PENGUINS
10.15am (daily)