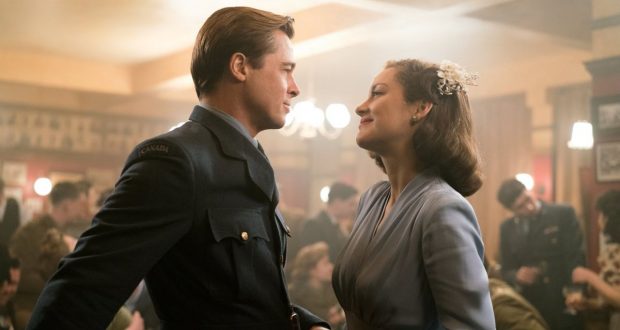 It actually seems like a while since I’ve watched a film set during World War II.

One of time’s most harrowing periods has a habit of serving up incredible cinematic moments – and I had high hopes for Allied when the initial trailer dropped.

Directed by the legendary Robert Zemeckis (Back To The Future) and starring Holywood A-listers Brad Pitt (Fight Club) and Marion Cotillard (Inception), it certainly has everything going for it.

But does it live up to expectations? I certainly felt so, but it won’t be for everybody.

Much like Zemeckis’ The Walk, we’re treated to some amazing visuals in Allied, which focuses on an unlikely romance between Pitt’s Max Vatan, a Canadian wing commander in the Royal Air Force, and Cotillard’s Marianne Beauséjour, a French Resistance fighter.

A planted couple in 1941 Casablanca, they are paired in order to carry out the assassination of a German Nazi ambassador.

It’s a clever first act, which puts in the groundwork for Max and Marianne’s romance – which eventually leads to their marriage and a move back to England, with the birth of their daughter soon following.

Suspicion surrounds their whirlwind romance, however, with the behaviour of the usually non-committal Max and unknown quantity Marianne very much a topic of discussion for the British spooks.

I’ll not repeat the spoiler-like nature of the latter Allied trailers, which give away one of the better twists that the film has to offer.

But it’s safe to say that the duo’s fairy-tale romance is tested to breaking point by a series of events.

Allied is a slow burning film that may lose some viewers in its first act. I, however, loved the Moroccan setting and the plot to take down a Nazi big hitter – especially the opening sequence when Pitt quite literally parachutes into the film.

The romance does feel a little rushed, if I’m honest, but you buy into it because of the situation the pair find themselves in.

Pitt is a little subdued in that opening sequence, but eventually produces another strong showing as the film really gathers pace towards the final moments.

Cotillard, meanwhile, is absolutely incredible throughout.

Her Marianne is written superbly, too, making her by far the most interesting character in the film.

As beautiful as he is intelligent, she’s a character that will really have you considering all options.

Although the romance between those two takes centre stage, there are some great action sequences – none more so than the culmination of the first act.

If you’re patient with it, Allied does deliver a strong and definitive finale that nicely concludes the story.

However, be warned that the pace (aside from Max and Marianne’s whirlwind romance) is pretty slow.

But don’t let that put you off – Allied tells a top story.