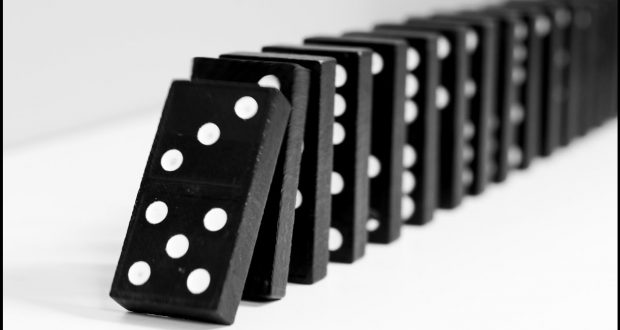 Services Club are celebrating a double in the Sutton Bridge Winter Domino League.

Champions by two clear points ahead of Football Club after securing eight wins and four draws from 16 games, they added the Supreme Cup to their coffers too by seeing off third-placed Rose and Crown (who were also two points off top spot).

On the individual front, Pete Tong (Rose and Crown) lifted the Singles Cup with a victory over Saracen’s Head’s Linda Ward.

In the Captain’s Cup, Football Club’s Simon Houghton got the better of Mike Futter from Services.

Meanwhile, Horse and Groom duo Dave Baldwin and Barry Ingham lifted the Pairs Cup at the expense of the Saracen’s Head combination of Steve Goodison and Skip Leak.

Saracen’s Head were also the unfortunate recipients of this year’s Wooden Spoon, having finished bottom of the league table.