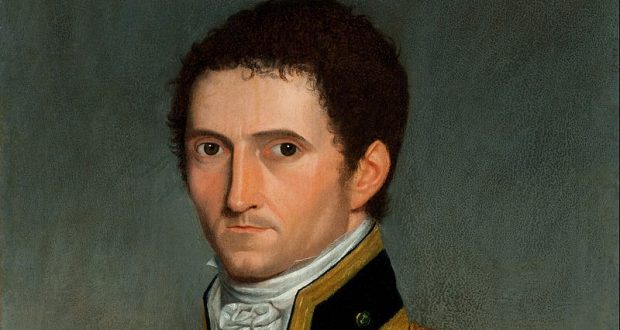 A ceremony to rebury the remains of Donington explorer Captain Matthew Flinders is just one of the village’s cancelled events this summer.

While a number of events have been postponed, organiser Jane Pearson said the VE Day raffle will still go ahead, with the draw to be broadcast live on Facebook at 9pm on May 8.

Donington has also cancelled its flower festival, a talk by Bargain Hunt’s Colin Young and its Miliary Wives event.

Possibly the biggest blow, however, is the long-awaited reburial ceremony of Matthew Flinders, which was due to take place on Friday, July 17.

Flinders’ remains are still with the HS2 Project and will be released.

Jane said there’s a chance the ceremony might not take place this year.

“It’s important but not urgent,” she said, highlighting the need for it to be allowed the same gravitas the July ceremony promised.

“It’s not something to be done quickly on a wet day,” she said.

“It will be a dramatic event and we need to allow time for guests to enjoy it.”

Jane added that descendants of Flinders would also appreciate a suitably long and enjoyable event.

“There are many family members who have never met, this might be the one time they will all get together and meet,” Jane said.

“When it does happen, it needs to be as special as it can be.

“We’d rather it be done right than rushed,” she added.

While the VE Day 75 event is postponed – bar the raffle, for which tickets are still available – Donington is planning a VE Day 76 event for Spring 2021.