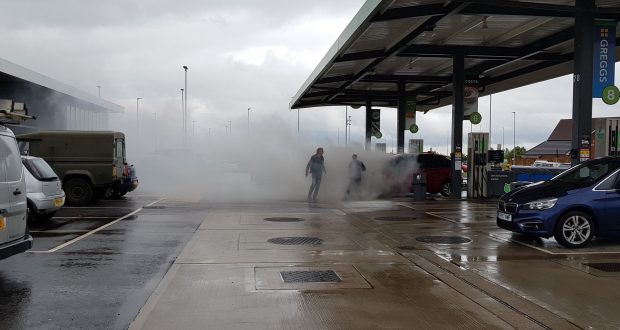 Garage staff and members of the public try to put out the car fire.

Shop staff with fire extinguishers rushed to a burning car that was parked at a Spalding petrol station on Thursday afternoon.

The driver of the Citroen, Steve Lumb, was on his way home near to Horncastle from Sussex with his wife when he pulled into the petrol station to refuel.

When he started the car to drive off, Mr Lumb thought the smoke was spray from the rain but soon realised it was smoke coming out from under the bonnet.

“When I got out to check it, I could see there was fire underneath and burning plastic had dropped onto the forecourt. It then got worse and worse,” he said. 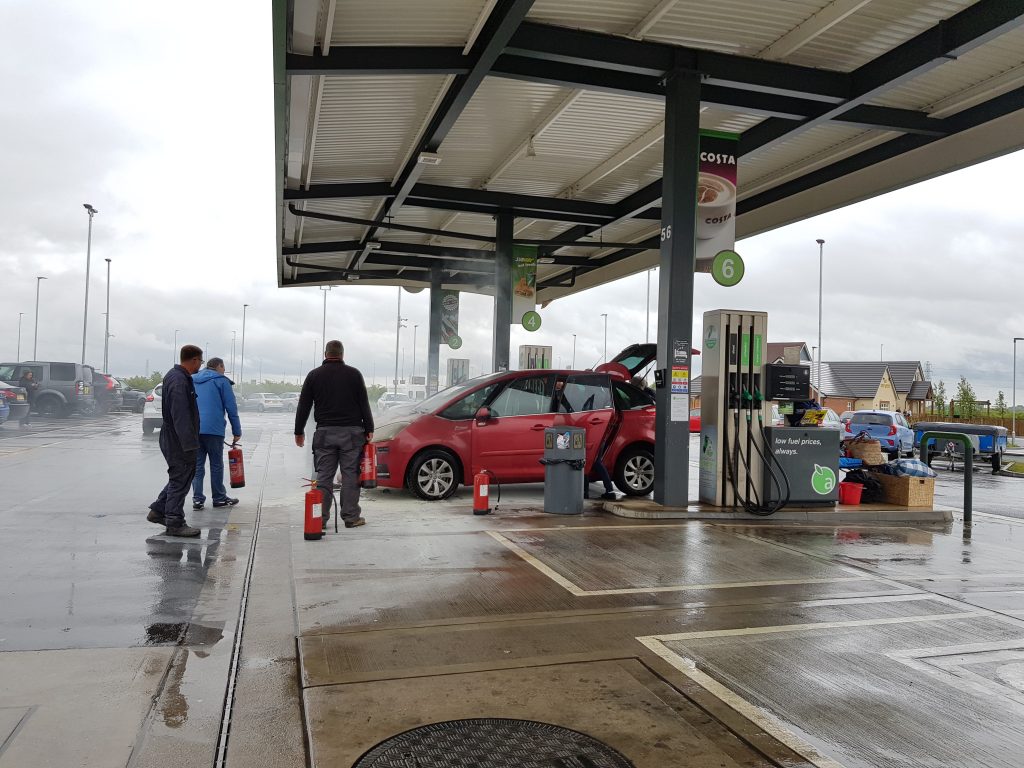 Fire extinguishers from inside Applegreen services were used before fire and rescue arrived.

Mr Lumb said garage staff then came out with fire extinguishers and called the fire brigade.

“The staff were straight out and closed all the pumps down,” he said. 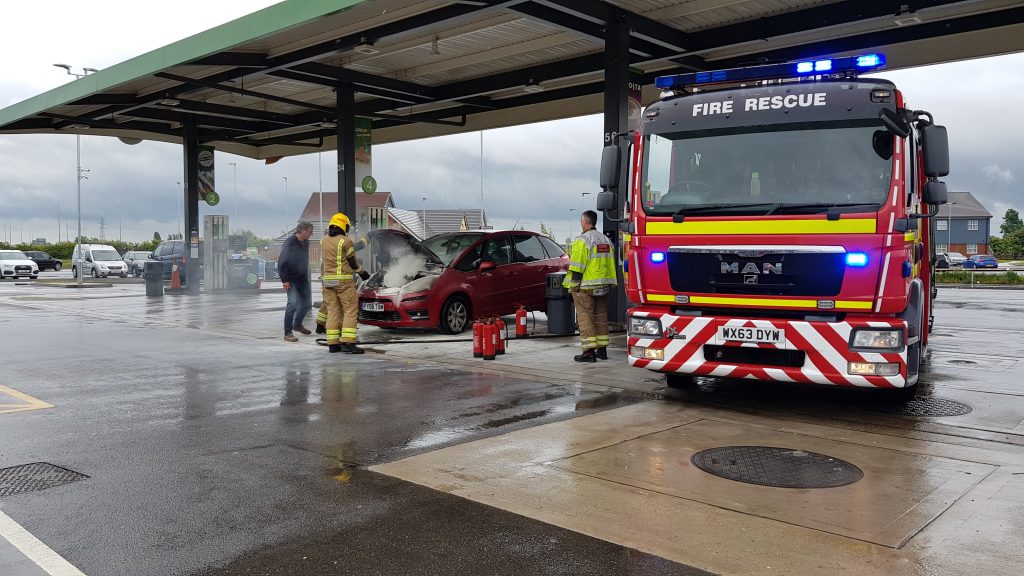 A fire crew extinguishes a burning engine at Applegreen in Spalding.

Members of the public joined staff in trying to extinguish the engine, most of which was melted away.

When the fire brigade arrived, a reel was used to extinguish the fire.

She said of the fire: “I could smell it before I could see it.

“I looked up and saw a big cloud of smoke.”