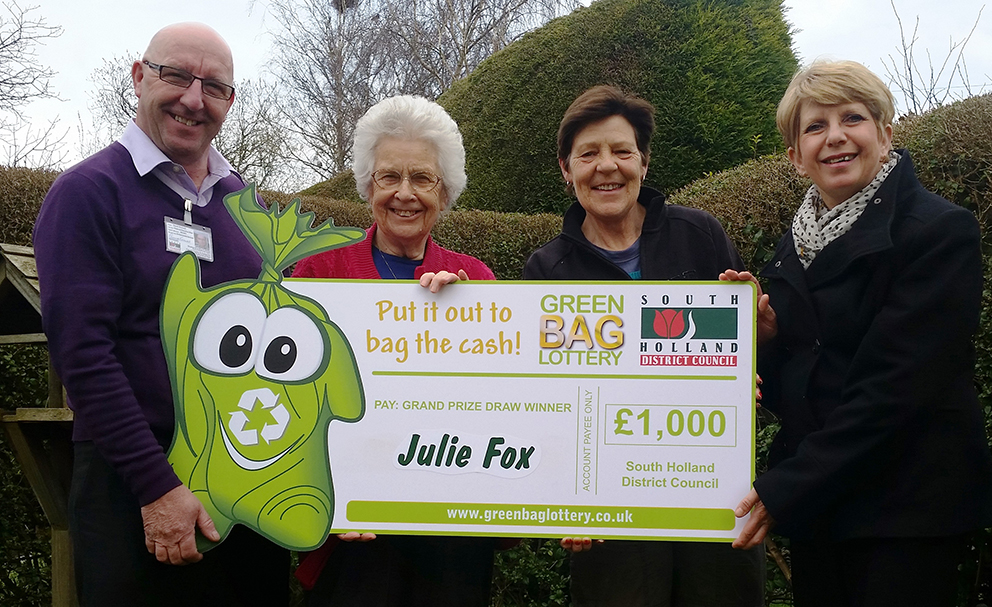 A £1,000 prize for good recycling was just the tonic for a great-grandmother recently diagnosed with having a stomach tumour.

Julie Fox (80), of Moulton Seas End, cried when she was told of the win in South Holland District Council’s Green Bag Lottery.

She said: “I’ve had a rough time lately so when I got the phone call to say I had won I just sobbed, I couldn’t believe it. But I’m delighted, it’s a lovely surprise. I think I’ll spend the money on some new floor tiles and give my daughters a little present too.

“I will definitely carry on recycling. I’ve been doing it for years so it’s become second nature, but I never thought I’d win money for it.”

Mrs Fox – grandmother to six and great-grandmother to eight – won the prize in a draw involving all 24 four-weekly winners from the past three months.

The Green Bag Lottery, which has been running for over a year, promotes good recycling and aims to raise awareness of its importance.

Every four weeks, ten households are randomly and secretly selected to take part.

Each one that presents recycling correctly for at least three of the four weeks is awarded £100 and they are then placed into the big-money draw.