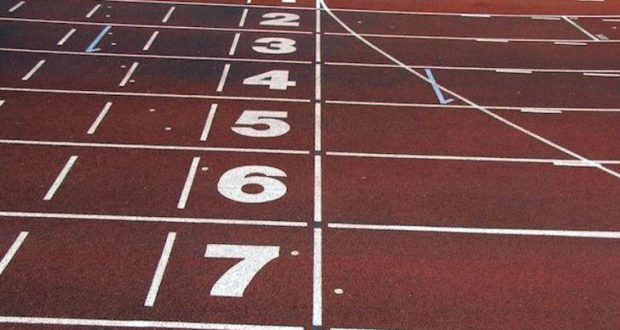 A host of South Holland youngsters featured in the second in the series of Junior Sportshall Athletics events at the B-Hive Indoor Athletics Training Centre on Saturday.

In the under-15 girls’ group, captain of the “Explosive Rockets” team Megan Reid cleared 2.02m in the standing long jump.

She also achieved a maximum possible 60 seconds in the balance test and scored 60 in the speed bounce competition.

Under-13 boy Haden Quantrill, of the “Scorching Firecrackers”, claimed second place in the speed bounce with a total of 70 and finished in the same position in standing long jump with a leap of 1.80m before injury resulted in his withdrawal from the rest of the competition.

In the under-11 category, Jack Clark-Atkins, who was in the “Fireworks Bazoom” team, was first in the hi stepper contest – recording 14.6secs.

He also won the standing triple jump with a leap of 4.94m, the two laps (23.2secs) and also completed a total of 14 laps in the four-minute challenge.

In the under-9 age group, Noah Donnelly-Coles, representing the “Scorching Firecrackers”, won over two laps as he clocked 24.7secs.

He also finished second in the standing long jump with 1.50m and came third in the vertical jump with a leap measuring 29cm.