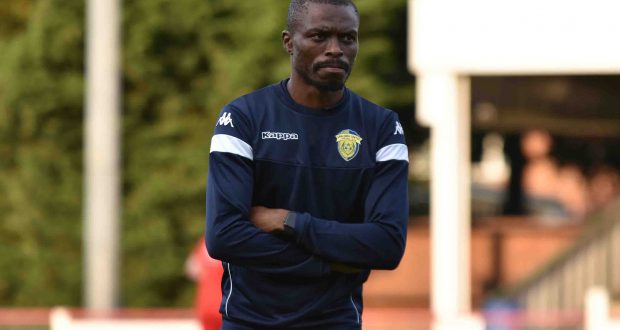 Visitors Daventry – who are down in 19th place in the Pitching In NPL Midlands Division table – led from the seventh minute at the Sir Halley Stewart Playing Field thanks to Nathanial Gornal-Tyler’s strike, but Broccoli’s late heroics saved the day for the hosts.

The draw made it three games unbeaten for Spalding ahead of Tuesday night’s clash with Soham Town Rangers (7.45pm).

Tulips chief Gaby Zakuani admitted that the performance wasn’t up to scratch, but was pleased to avoid defeat and keep their unbeaten run alive.

He said: “Frustrating draw at home, nowhere near our standards.

“But on the bright side it’s another game unbeaten.

“Once again thank you to the fans for the great support.”

Zakuani handed a first start to new recruit Liam Adams after a handful of appearances from the bench, while defender Gianluca Bucci was on the bench after joining from higher graded Gainsborough Trinity.

Daventry started well at the Sir Halley and deservedly went ahead when Nathan Stainfield and Ollie Price were unable to clear a corner, allowing Gornal-Tyler to lash home from close in.

Spalding were unlucky not to level before the break, with Gregg Smith seeing a header saved and Jordan Macleod firing over when well placed on the left.

After the break it was the Tulips who were on top, as Macleod and Bucci, on for Price, fired wide and Broccoli sent a free-kick off target as the hosts were frustrated.

The speedy Harry Olivant caused problems when he came on, while Smith sent another header wide following a Scott Floyd delivery.

The leveller finally came in added time when that man Olivant sent Macleod running through.

He forced a smart save, but Broccoli was there to pounce on the rebound to secure a share of the spoils.