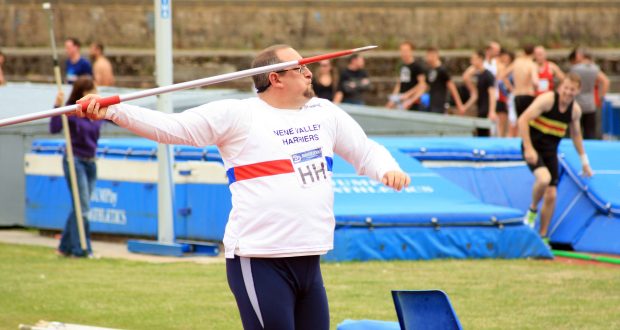 The future of Nene Valley Harriers looks to be in very safe hands after several youngsters stepped up to the senior team and helped their club to second place in the Southern League Division One fixture at Reading.

Molly Peel has recently joined Nene Valley from Bourne Town Harriers – and the 16-year-old made her mark at by winning the 1,500m in a time of 4.58.6mins.

If that wasn’t enough, fellow teenager Jose Fortune was an easy winner in the B race with a 5.11.6mins clocking.

Several teenagers competed in multiple events, and sprinter Abraham Jones was the star turn winning the 400m with a 52.3secs clocking along with the B 200m in a time of 23.3secs.

Jones also took maximum points in the B 100m to make it a winning treble.

Callum Winchester-Wright finished second in the 100m and long jump, while Jasmine Allen – who competed in four events – took second place in the B high jump and long jump.

Also on top form was Kelsi Ellis, who won the triple jump.

Meanwhile, senior lady Emily Maltby achieved a hat-trick of second places in the 100m hurdles, high jump and long jump, while Ellie May-Stokes won the javelin and B triple jump.

Teenage throwing prospect Eleanor Smith launched the javelin 30.36m to win the B contest, too.

May-Stokes and Smith weren’t the only throwers in good form, as Becki Hall and Lydia Church were clear winners of the A and B shot with distances of 12.75m and 10.16m respectively.

Tinkler took the shot with a 14.83m putt, along with the discus and hammer.

Achurch won the B competition in all three events, and the roles were reversed in the javelin, which Achurch edged with a throw of 47.40m.

Veteran sprinter Claire Smith took the honours in the 400m hurdles in a time of 75.1secs, too.

He finished in 35.57mins and was one of only eight athletes to beat the 40-minute mark amid soaring temperatures.

Nene Valley’s Luke Myers was one of those as he clocked 39.03mins to finish in sixth, helping his club take the overall team title.

The Birmingham University student is now placed in the top 20 under-23s in the national rankings.