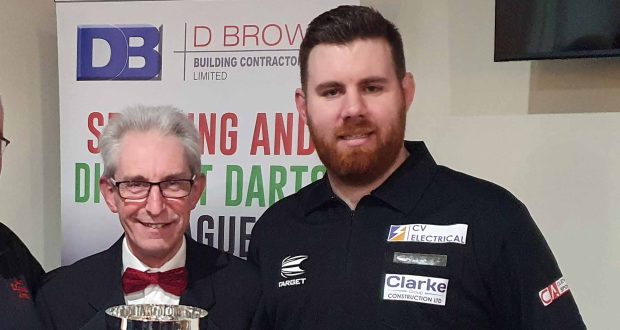 South Holland thrower Scott Williams was the player of the weekend as he helped England win the British Home Internationals tournament over the weekend.

In his debut game Williams won 4-1 against Scotland with a 95.01 average and received man of the match.

He then went on to win 4-1 against Wales with a 90.18 average, securing the player of the weekend prize at the Tri Series.

Williams, who is a regular in the Spalding and District Darts League, was joined by another South Holland star in the England fold.

That was Claire Brookin, who won both of her games with a 3-1 win against Scotland and a 3-0 win against Wales.

Official Tilley, who works for Grasmere at Vine House Farm in Deeping St Nicholas, was given the call-up to referee at the event in Merthyr Tydfil (Wales) over the weekend for the very first time in his career.