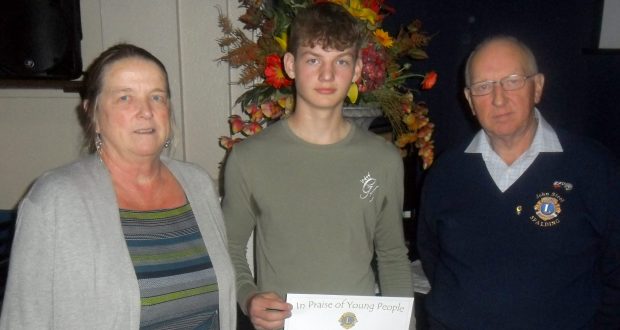 A former Spalding Academy student has been awarded for his dedication to charity and all-round “exemplary” performance during his five years at the school.

William Pite, who this year left year 11 and is now pursuing an apprenticeship, recieved the Stand Tall Award from Spalding Lions.

Mr Ian Billinghurst from Spalding Academy said: “William is involved in supporting the charity his family set up in the memory of his brother Callum, Callum Pite’s Smile Charity, raising thousands of pounds to support families that have been affected by cancer.

“We are very proud of William’s achievements and wish him the best of luck in his future away from Spading Academy,” he added.