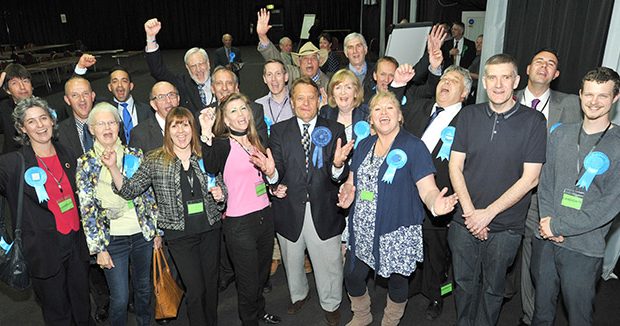 Will you run? A guide to this year’s elections

The district council elections take place on May 2 this year and if you’ve ever thought of running for election, here’s all you need to know.

In May, 37 positions in South Holland District Council will be up for grabs.

If you are just wanting to vote, the last date to register is Friday, April 12.

If you’re thinking of running, get started sooner rather than later. While the process is relatively simple, the initial application form is 14 pages long and needs to be filed with the council by 4pm on Wednesday, April 3.

The forms are available from the South Holland District Council websites now (follow Your Council/Elections & Voting/Elections) and can be handed in from Friday, March 22.

The SHDC website says appointments are preferable for handing in nomination forms, and these can be made by contacting the Electoral Services Team on 01775 764837 or emailing elections@sholland.gov.uk

The same process is followed for the parish council elections, also taking place on May 2.

Your local parish clerk will be able to assist with any enquiries about the nomination process, or visit your parish council’s website.

Also on the SHDC election website is the comprehensive code of conduct document that outlines the rules for candidates.

The website says accessibility is now a priority: “Mencap have been working hard over the last few years, to make voting even more accessible to anyone with a disability and have great resources on their website.”

Coun Tracey Carter, South Holland District Council portfolio holder for governance and customer said: “We always want to see as many of the district’s residents as possible involved in our local elections, of all ages and demographics.

“Local elections are a great opportunity for people to use their voice and have their say on shaping the future of South Holland and the things that impact their life on a day-to-day basis.

“Every contribution can make a decisive difference, whether you’re 18 or 80 and are voting for the first time or the 21st.

“Anyone wanting more information on the timeline or details for local elections can find out more at www.sholland.gov.uk/elections.”