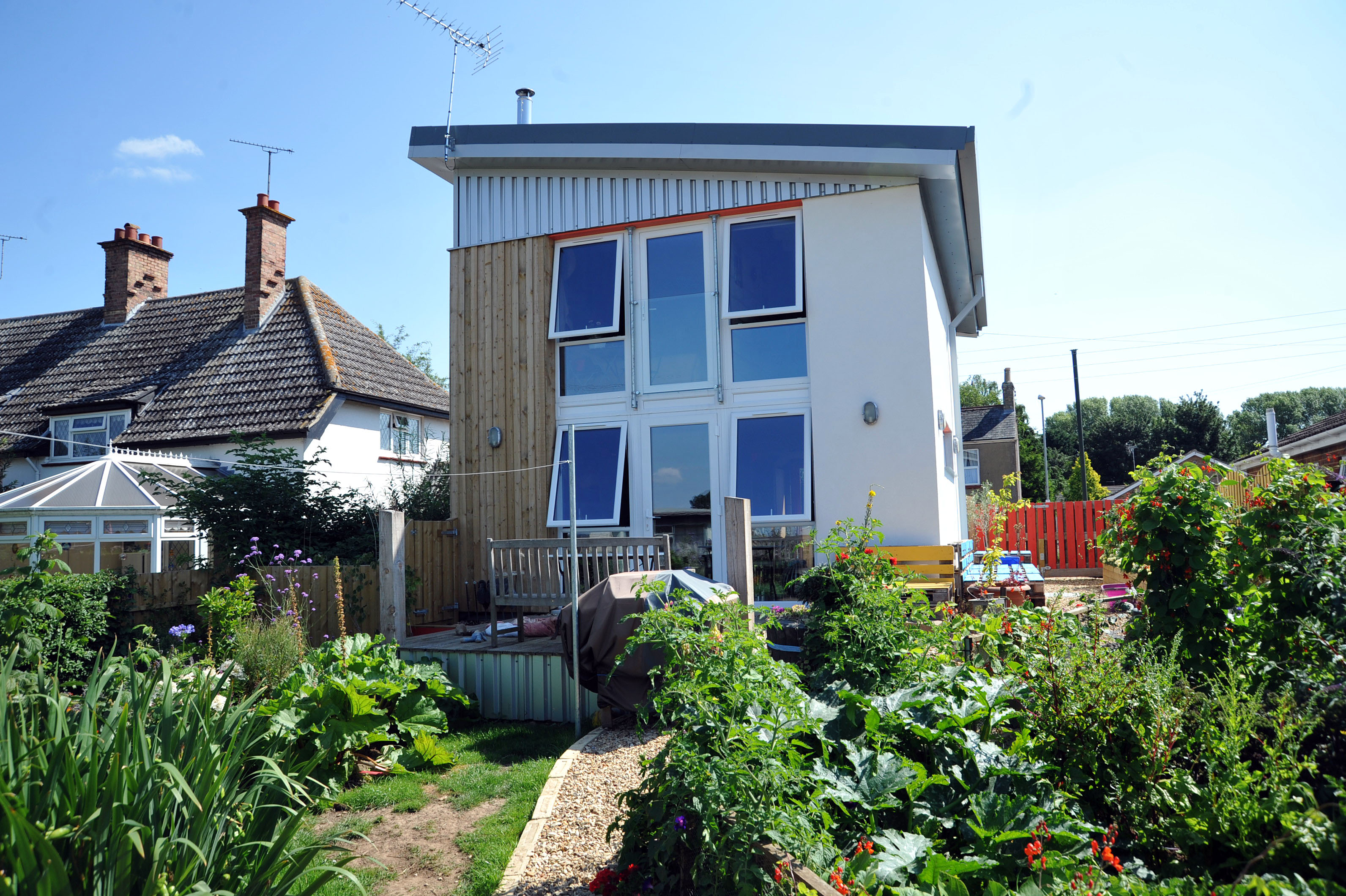 Why less is more in £100,000 eco home Andy and Jo built for themselves in Sutton Bridge 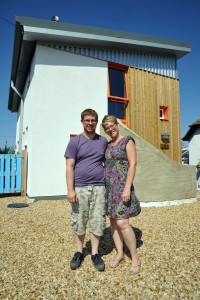 A couple who built their own eco home for £100,000 are making money just from enjoying living in it.

The two-storey house is so efficient and sustainable that Andy and Jo Thompson have no utility bills – but do have a £365 payment on the way for electricity they have generated and sold in the last quarter.

With its minimalistic look inside featuring exposed breeze blocks, industrial pipes for handrails, cable trays for shelving and an ex-hospital sink, the budget build would not be to everyone’s liking, but leading architect Piers Taylor believes Andy (35) and Jo (45) are “real trailblazers” with the home they built in just six months.

“As well as being comfortable and warm, there are no outgoings,” he said. “It feels much bigger than it is, costs less than most houses and is sustainable. This house will still look good in five, ten, 50 years’ time.
“I think Jo and Andy have done something really big.”

The house is all-electric and powered by £7,000 worth of solar panels.
It features thick walls keeping the home warm in winter and cool in summer, triple glazing and the only 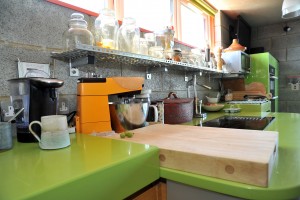 The kitchen was ex-display and cost a third of the £7,000 price tag. Andy made shelving from electrical cable trays.

heating source is a log burner used now and again during the colder months.
Jo said: “There’s no boiler or radiators. We had no heating on through the winter apart from the log burner two or three times. The temperature was a steady 22 or 23 [degrees Celsius].”

The house was designed by Dr Jerry Harrall, of Long Sutton firm SEArch. He also created the eco property in Bridge Road, Long Sutton, which was home to the couple and Jo’s son Frank (13) for the previous four years.
Amazingly, Jo’s latest house move was the 30th in her lifetime.

“It’s been painful over the years but I’m settled here,” she said. “I’m really proud of it and really pleased with the outcome.
“People need to know that they can do this too. If we keep buying these cardboard houses, 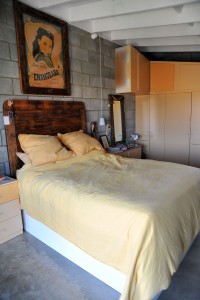 Jo loves the open-field views from the couple’s bedroom

nothing will change. It’s not hard, it’s not difficult – we just

need to change the way we think.
“We chose this shape but you can make it how you like. You just have got to get the build right.
“We’re starting to reap all the benefits and not by the skin of our teeth. We’re a long way into making money.”

Jo’s mum and stepdad Ann and Tony Billings allowed the Thompsons to build in the garden of their cottage, saving a hefty plot cost.
In fact, it did the Billings a favour. When Jo rang to ask if it was possible, Ann was actually sitting in the middle of the garden wondering how she and Tony were going to manage it in future.

The budget for Andy, an electrical manager with Pinchbeck firm Glen Farrow, and Jo, a part-time pastoral support worker at Long Sutton Primary School, was £85,000. However, despite focusing on minimal costs, they used up their £15,000 contingency fund.

The external look of the house is universally popular, but inside has drawn one or two pulled faces.
“Andy’s mum doesn’t like the ceiling, but then I wouldn’t want her decoration!” joked Jo. “I love the views – it’s amazing. The big skies are fantastic and from our bedroom we can see right across the fields.”

The property was featured on BBC TV series The Home Built For 100k. 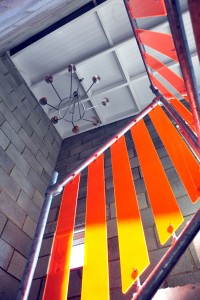 The stairs feature industrial pipes for handrails, while acrylic slats capture sunlight and bring an extra splash of colour to the inside. 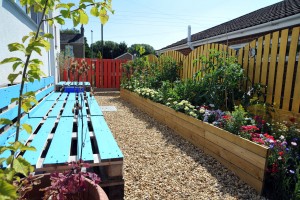 Outside seating was fashioned from £3 pallets.