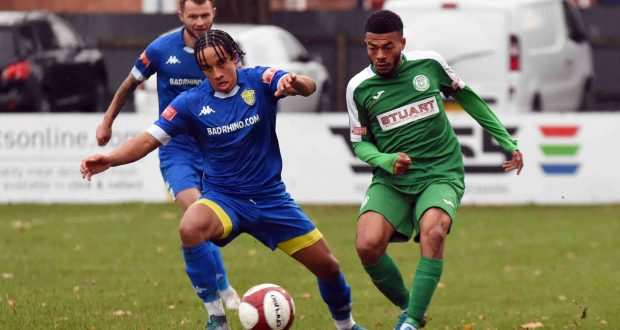 Spalding United suffered their first loss under boss Brett Whaley as they went down 2-1 at Cambridge City on Saturday.

After a goalless first period at the The Glassworld Stadium, the hosts netted twice in ten second-half minutes through Jarid Robson (65) and Ryan Ingrey (75) to seize command.

The Tulips rallied and pulled a goal back when Ben Starkie struck his third goal for the club four minutes from time, but the hosts held on to leapfrog Spalding in the Pitching In NPL Midlands Division table.

Indeed, Spalding are now 12th in the standings after their ninth defeat of the campaign.

Boss Whaley once again felt there were both positives and negatives to take from the game.

He said: “It was similar to the Shepshed game the week before, which we won.

“I felt once again the first half was an improvement on what had come before and we controlled the game nicely, creating plenty of chances.

“But I was disappointed to go in level at half time, we should have been ahead really.

“In the second half the game became much more stretched and we didn’t really control the match.

“They got that first goal and then put us under real pressure for a bit, creating lots of chances.

“It was soon 2-0 and then you’re chasing the game, which is never ideal.

“We managed to get ourselves a goal, but in the end had left ourselves too much to do.

“Overall, we just need to be that little bit more clinical. We’re creating chances and doing things well, but not scoring enough.

“Once we let the game become so open it was anybody’s match. It went our way against Shepshed, but this time it went against us and we have to understand why that happened.”

Ben Seymour-Shove, Ben Starkie and Joey Buckingham got the goals for the Tulips, with Lewis Baughan replying for the Tigers.